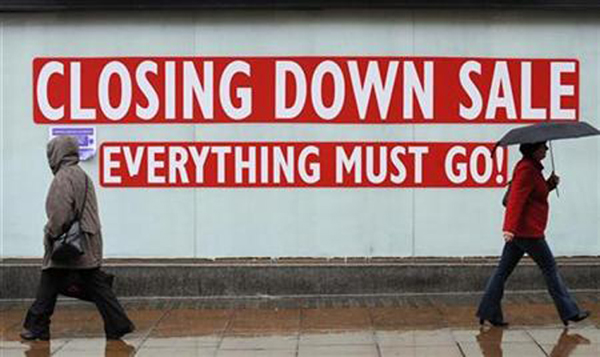 LONDON (Susan Fenton) – Global consumer confidence fell in the second quarter to its lowest level in a year and a half as an uncertain economic outlook, a deepening euro zone debt crisis and rising inflation made people more cautious, a survey showed on Sunday.

Consumer sentiment in the United States was weaker than in the second half of 2009 at the height of the global recession, according to The Nielsen Company’s quarterly survey of global consumers.

Globally, consumers plan to tighten their belts in coming months for everything from stock investing to buying clothes, taking holidays and upgrading technology, after being slightly less cautious over the past 12 months, the survey showed.

Thirty one percent of U.S. consumers said they have no spare cash for discretionary spending, along with 25 percent of consumers in the Middle East and Africa and 22 percent of Europeans.

Confidence dipped in China, due to rising inflation, as well as in the Middle East where an initial bounce in consumer morale after social uprisings in the first quarter gave way to caution as the political outlook became unclear and rising prices curbed spending power. Egypt and Saudi Arabia posted the biggest falls from the first quarter in Nielsen’s ranking of confidence in 56 countries worldwide.

Confidence was lowest in euro zone countries engulfed by a deepening debt crisis with Greece coming bottom of the global ranking. Portugal, Ireland, Spain and Italy were also in the bottom 10 although while confidence fell from the first quarter in Spain and Italy it rose slightly in Portugal and Ireland.

Indian consumers were still the most bullish globally but less so than in the first quarter. Consumers in Asia generally remained much more optimistic than in other regions — with the notable exception of the Japanese and South Koreans who were among the most pessimistic globally — but rising inflation tempered Asian purchasing power.

India’s score in the Nielsen Global Consumer Confidence Index fell 5 points from the previous quarter to 126. It was well below the country’s record 137 index reading in the second half of 2006, the highest reading for any country in the index’s six-year history.

The index’s global average reading dipped 3 points from the first quarter to 89, its lowest since the fourth quarter of 2009.

A score below 100 signals pessimism about the outlook.

“Weak economic figures, slowing manufacturing performance and inflation in Asia, an intensifying debt crisis in Europe and continuing political instability in the Middle East, combined with rising household expenses in the U.S., have taken their toll on consumers’ fragile confidence,” said Venkatesh Bala, chief economist at The Cambridge Group, a unit of Nielsen.

“Hopes for full global recovery in the next 12 months substantially weakened in the second quarter as the majority of consumers around the world remained in a recessionary mindset.”

Todd Hale, a senior vice-president at Nielsen in the United States, said U.S. consumers had been knocked by a series of negative factors.

The UK and France, in contrast, saw a bounce in confidence in the second quarter although the level of morale in both countries remained below the European average.

The survey was taken between May 20 and June 7, covering 31,000 consumers in 56 countries. The survey is based on consumers’ confidence in the job market, status of their personal finances and readiness to spend.

This entry was posted in CAPITALISM, ECONOMY, GLOBALIZATION, RESOURCES. Bookmark the permalink.