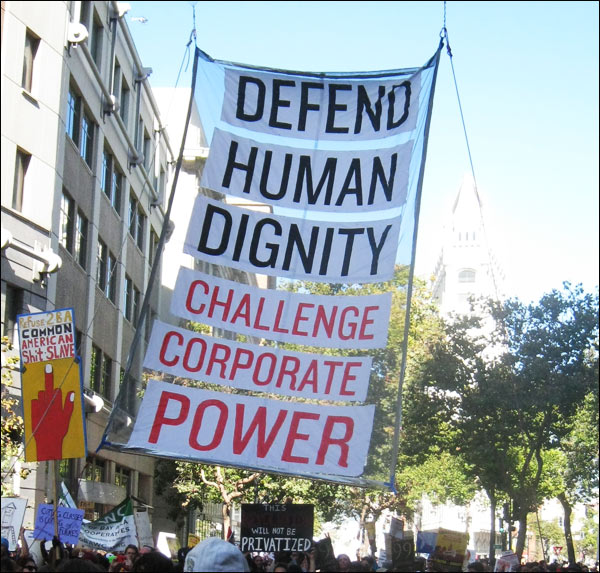 Thursday, March 29th The Roxie Theater will host a film series and panel discussion  to help bring historic context to social and economic protest movements, beginning with the Civil Rights’ Movement, and extending to other movements that have reclaimed public spaces to protest injustice. The film night will serve as a continuation of the discussion brought to the forefront by the Occupy Movement. Now that the encampments have been dispersed, what are communities around the Bay Area doing to challenge social and economic inequities?

The People’s Federal Credit Union (based out of Oakland) will also have a table set up to provide information on how to transfer your money from a big bank to a credit union.

The event will be FREE to the public with a suggested donation. 7pm

On What We Want, What We Believe:
“The invaluable Movement documentaries Newsreel produced furthered the work of the Black Panther Party and now provide the esdentail visual record of the Party’s early days. The collection offers an extraordinary compilation that includes historic behind the scenes details taken from a wide range of interviews and contemporary events as well as the classic Newsreel films.”
—Kathleen Cleaver, Communications Secretary, Black Panther Party, 1967–1971

This entry was posted in art, ARTISTS/ACTIONS, BANK TRANSFER DAY!, CAPITALISM IS OVER!, OCCUPY ALL STREETS!, OCCUPY!, PROTESTS, SOLUTIONS, WE ARE THE 99%. Bookmark the permalink.