New Rule: Rich People Who Complain About Being Vilified Should Be Vilified

Posted on Saturday, September 25, 2010 by meganwilson 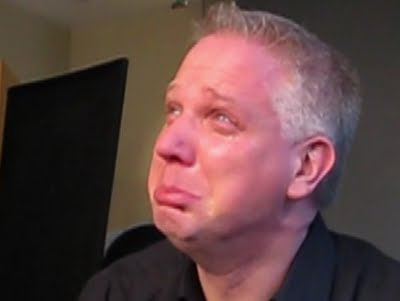 New Rule: The next rich person who publicly complains about being vilified by the Obama administration must be publicly vilified by the Obama administration. It’s so hard for one person to tell another person what constitutes being “rich”, or what tax rate is “too much.” But I’ve done some math that indicates that, considering the hole this country is in, if you are earning more than a million dollars a year and are complaining about a 3.6% tax increase, then you are by definition a greedy asshole.

And let’s be clear: that’s 3.6% only on income above 250 grand — your first 250, that’s still on the house. Now, this week we got some horrible news: that one in seven Americans are now living below the poverty line. But I want to point you to an American who is truly suffering: Ben Stein. You know Ben Stein, the guy who got rich because when he talks it sounds so boring it’s actually funny. He had a game show on Comedy Central, does eye drop commercials, doesn’t believe in evolution? Yeah, that asshole. I kid Ben — so, the other day Ben wrote an article about his struggle. His struggle as a wealthy person facing the prospect of a slightly higher marginal tax rate. Specifically, Ben said that when he was finished paying taxes and his agents, he was left with only 35 cents for every dollar he earned. Which is shocking, Ben Stein has an agent? I didn’t know Broadway Danny Rose was still working.

Ben whines in his article about how he’s worked for every dollar he has — if by work you mean saying the word “Bueller” in a movie 25 years ago. Which doesn’t bother me in the slightest, it’s just that at a time when people in America are desperate and you’re raking in the bucks promoting some sleazy Free Credit Score dot-com… maybe you shouldn’t be asking us for sympathy. Instead, you should be down on your knees thanking God and/or Ronald Reagan that you were lucky enough to be born in a country where a useless schmuck who contributes absolutely nothing to society can somehow manage to find himself in the top marginal tax bracket.

And you’re welcome to come on the show anytime.

Now I can hear you out there saying, “Come on Bill, don’t be so hard on Ben Stein, he does a lot of voiceover work, and that’s hard work.” Ok, it’s true, Ben is hardly the only rich person these days crying like a baby who’s fallen off his bouncy seat. Last week Mayor Bloomberg of New York complained that all his wealthy friends are very upset with mean ol’ President Poopy-Pants: He said they all say the same thing: “I knew I was going to have to pay more taxes. But I didn’t expect to be vilified.” Poor billionaires — they just can’t catch a break.

First off, far from being vilified, we bailed you out — you mean we were supposed to give you all that money and kiss your ass, too? That’s Hollywood you’re thinking of. FDR, he knew how to vilify; this guy, not so much. And second, you should have been vilified — because you’re the vill-ains! I’m sure a lot of you are very nice people. And I’m sure a lot of you are jerks. In other words, you’re people. But you are the villains. Who do you think outsourced all the jobs, destroyed the unions, and replaced workers with desperate immigrants and teenagers in China. Joe the Plumber?

And right now, while we run trillion dollar deficits, Republicans are holding America hostage to the cause of preserving the Bush tax cuts that benefit the wealthiest 1% of people, many of them dead. They say that we need to keep taxes on the rich low because they’re the job creators. They’re not. They’re much more likely to save money through mergers and outsourcing and cheap immigrant labor, and pass the unemployment along to you.

Americans think rich people must be brilliant; no — just ruthless. Meg Whitman is running for Governor out here, and her claim to fame is, she started e-Bay. Yes, Meg tapped into the Zeitgeist, the zeitgeist being the desperate need of millions of Americans to scrape a few dollars together by selling the useless crap in their garage. What is e-Bay but a big cyber lawn sale that you can visit without putting your clothes on?

Another of my favorites, Congresswoman Michele Bachmann said, “I don’t know where they’re going to get all this money, because we’re running out of rich people in this country.” Actually, we have more billionaires here in the U.S. than all the other countries in the top ten combined, and their wealth grew 27% in the last year. Did yours? Truth is, there are only two things that the United States is not running out of: Rich people and bullshit. Here’s the truth: When you raise taxes slightly on the wealthy, it obviously doesn’t destroy the economy — we know this, because we just did it — remember the ’90’s? It wasn’t that long ago. You were probably listening to grunge music, or dabbling in witchcraft. Clinton moved the top marginal rate from 36 to 39% — and far from tanking, the economy did so well he had time to get his dick washed.

Even 39% isn’t high by historical standards. Under Eisenhower, the top tax rate was 91%. Under Nixon, it was 70%. Obama just wants to kick it back to 39 — just three more points for the very rich. Not back to 91, or 70. Three points. And they go insane. Steve Forbes said that Obama, quote “believes from his inner core that people… above a certain income have more than they should have and that many probably have gotten it from ill-gotten ways.” Which they have. Steve Forbes, of course, came by his fortune honestly: he inherited it from his gay egg-collecting, Elizabeth Taylor fag-hagging father, who inherited it from his father. Of course then they moan about the inheritance tax, how the government took 55% percent when Daddy died — which means you still got 45% for doing nothing more than starting out life as your father’s pecker-snot.

We don’t hate rich people, but have a little humility about how you got it and stop complaining. Maybe the worst whiner of all: Stephen Schwarzman, #69 on Forbes’ list of richest Americans, compared Obama’s tax hike to “when Hitler invaded Poland in 1939.” Wow. If Obama were Hitler, Mr. Schwarzman, I think your tax rate would be the least of your worries.

This entry was posted in CAPITALISM, ECONOMY, GOVERNMENT, POLICY, RESOURCES. Bookmark the permalink.