Posted on Friday, September 24, 2010 by meganwilson

Downhill With the G.O.P. 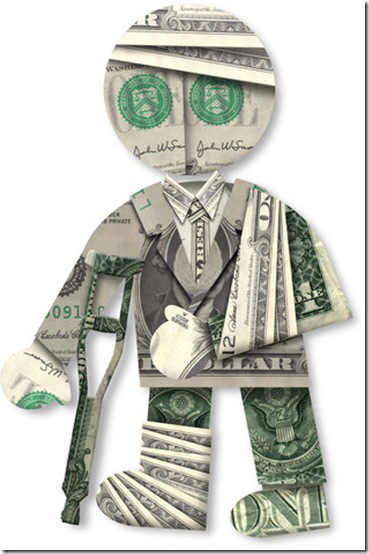 Once upon a time, a Latin American political party promised to help motorists save money on gasoline. How? By building highways that ran only downhill.

I’ve always liked that story, but the truth is that the party received hardly any votes. And that means that the joke is really on us. For these days one of America’s two great political parties routinely makes equally nonsensical promises. Never mind the war on terror, the party’s main concern seems to be the war on arithmetic. And this party has a better than even chance of retaking at least one house of Congress this November.

On Thursday, House Republicans released their “Pledge to America,” supposedly outlining their policy agenda. In essence, what they say is, “Deficits are a terrible thing. Let’s make them much bigger.” The document repeatedly condemns federal debt — 16 times, by my count. But the main substantive policy proposal is to make the Bush tax cuts permanent, which independent estimates say would add about $3.7 trillion to the debt over the next decade — about $700 billion more than the Obama administration’s tax proposals.

True, the document talks about the need to cut spending. But as far as I can see, there’s only one specific cut proposed — canceling the rest of the Troubled Asset Relief Program, which Republicans claim (implausibly) would save $16 billion. That’s less than half of 1 percent of the budget cost of those tax cuts. As for the rest, everything must be cut, in ways not specified — “except for common-sense exceptions for seniors, veterans, and our troops.” In other words, Social Security, Medicare and the defense budget are off-limits.

So what’s left? Howard Gleckman of the nonpartisan Tax Policy Center has done the math. As he points out, the only way to balance the budget by 2020, while simultaneously (a) making the Bush tax cuts permanent and (b) protecting all the programs Republicans say they won’t cut, is to completely abolish the rest of the federal government: “No more national parks, no more Small Business Administration loans, no more export subsidies, no more N.I.H. No more Medicaid (one-third of its budget pays for long-term care for our parents and others with disabilities). No more child health or child nutrition programs. No more highway construction. No more homeland security. Oh, and no more Congress.”

The “pledge,” then, is nonsense. But isn’t that true of all political platforms? The answer is, not to anything like the same extent. Many independent analysts believe that the Obama administration’s long-run budget projections are somewhat too optimistic — but, if so, it’s a matter of technical details. Neither President Obama nor any other leading Democrat, as far as I can recall, has ever claimed that up is down, that you can sharply reduce revenue, protect all the programs voters like, and still balance the budget.

And the G.O.P. itself used to make more sense than it does now. Ronald Reagan’s claim that cutting taxes would actually increase revenue was wishful thinking, but at least he had some kind of theory behind his proposals. When former President George W. Bush campaigned for big tax cuts in 2000, he claimed that these cuts were affordable given (unrealistic) projections of future budget surpluses. Now, however, Republicans aren’t even pretending that their numbers add up.

So how did we get to the point where one of our two major political parties isn’t even trying to make sense?

The answer isn’t a secret. The late Irving Kristol, one of the intellectual godfathers of modern conservatism, once wrote frankly about why he threw his support behind tax cuts that would worsen the budget deficit: his task, as he saw it, was to create a Republican majority, “so political effectiveness was the priority, not the accounting deficiencies of government.” In short, say whatever it takes to gain power. That’s a philosophy that now, more than ever, holds sway in the movement Kristol helped shape.

And what happens once the movement achieves the power it seeks? The answer, presumably, is that it turns to its real, not-so-secret agenda, which mainly involves privatizing and dismantling Medicare and Social Security.

Realistically, though, Republicans aren’t going to have the power to enact their true agenda any time soon — if ever. Remember, the Bush administration’s attack on Social Security was a fiasco, despite its large majority in Congress — and it actually increased Medicare spending.

So the clear and present danger isn’t that the G.O.P. will be able to achieve its long-run goals. It is, rather, that Republicans will gain just enough power to make the country ungovernable, unable to address its fiscal problems or anything else in a serious way. As I said, banana republic, here we come.

This entry was posted in CAPITALISM, ECONOMY, GOVERNMENT, POLICY. Bookmark the permalink.