Posted on Wednesday, August 31, 2011 by meganwilson 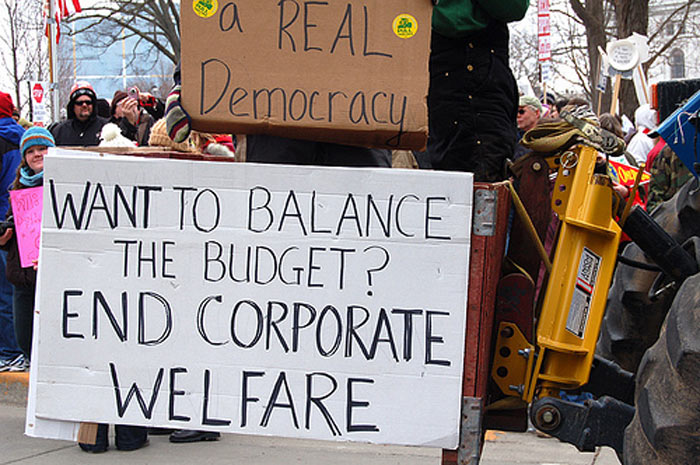 It also found many of the companies spent more on lobbying than they did on taxes.

At a time when lawmakers are facing tough choices in a quest to slash the national debt, the report from the Institute for Policy Studies (IPS), a left-leaning Washington think tank, quickly hit a nerve.

After reading it, Democratic Representative Elijah Cummings, ranking member of the Committee on Oversight and Government Reform, called for hearings on executive compensation.

In a letter to that committee’s chairman, Republican Darrell Issa, Cummings asked “to examine the extent to which the problems in CEO compensation that led to the economic crisis continue to exist today.”

He also asked “why CEO pay and corporate profits are skyrocketing while worker pay stagnates and unemployment remains unacceptably high,” and “the extent to which our tax code may be encouraging these growing disparities.”

In putting together its study, IPS chose to compare CEO pay to current U.S. taxes paid, excluding foreign and state and local taxes that may have been paid, as well as deferred taxes which can often be far larger than current taxes paid.

The group’s rationale was that deferred taxes may or may not be paid, and that current U.S. taxes paid are the closest approximation in public documents to what companies may have actually written a check for last year.

Compensation for the 25 CEOs with pay surpassing corporate taxes averaged $16.7 million, according to the study, compared to a $10.8 million average for S&P 500 CEOs. Among the companies topping the IPS list:

* General Electric where CEO Jeff Immelt earned $15.2 million in 2010, while the company got a $3.3 billion federal refund and invested $41.8 million in its own lobbying and political campaigns.

Though the companies come from different industries, their tax breaks fall into two primary areas.

Two-thirds of the firms studied kept their taxes low by utilizing offshore subsidiaries in tax havens such as Bermuda, Singapore and Luxembourg. The remaining companies benefited from accelerated depreciation.

Shareholders have responded favorably when companies in which they invest keep a tax bill low through legal methods, thereby benefiting earnings. But Chuck Collins, an IPS senior scholar and co-author of the report, said that is a mistake.

“I think it’s an exposure of weakness in a company if their profitability is dependent on their accounting department and not on making better widgets,” he said.

In prior reports, Collins said, out-sized CEO pay was often a red flag of bigger problems to come. The IPS has been putting a pay report together for 18 years. Among those whose leaders have made the high pay list in years past, only to have their businesses falter: Tyco, Enron and WorldCom.

This entry was posted in CAPITALISM, EVIL CORPORATIONS, GREED, Tax cuts for the rich, TAX THE RICH. Bookmark the permalink.