Posted on Monday, January 9, 2012 by meganwilson 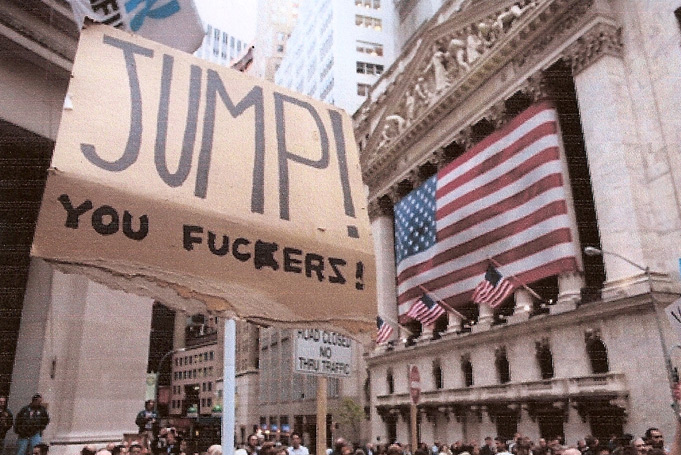 For some on Wall Street, a less-than-stellar bonus is simply too much to bear.

Brokerage executives at one Wall Street firm, Jefferies Group, have threatened to leave the company if their bonuses aren’t up to par with other firms, the New York Post reports. Though some particularly stellar employees may be able to eventually convince their bosses to give them a bigger share of the bonus pie, nervousness surrounding dismal job prospects on Wall Street will likely keep most bankers quiet.

“It’s a terrible time to be an employee,” Robert Ottinger, a New York-based compensation lawyer told the NYP. “Employers know they have all of the power.”

Any Jefferies Group employees that decide to walk will likely have to put their money where their mouth is. As Business Insider notes, company CEO Richard Handler recently said the decision to quit won’t be without any financial penalty.

Nervousness about the global economy, new regulations, slow dealmaking and public anger at banks will likely push banks to slash this year’s bonus pool so much that it will be the smallest since the heigh of the financial crisis in 2008, the Wall Street Journal reports. At Morgan Stanley, some investment bankers may see their bonuses cut by 30 to 40 percent. And at Goldman Sachs, many of the firm’s partners’ compensation could be halved.

Estimates of this year’s Wall Street bonuses have varied widely, but usually see a drop from last year. According to a November survey from consulting firm Johnson Associates Inc., for example, bonuses should fall 20 to 30 percent on average this year. Other surveys predict an average drop of 35 to 40 percent.

Still, the Wall Street workers themselves haven’t cut their expectations, with 62 percent saying they expect a bonus that’s in line or bigger than last year’s, according to an October survey from eFinancialCareers.com.

And for certain types of employees, bonus prospects may be getting brighter. Wall Street firms boosted their use of one-year “guaranteed bonuses” — the practice of promising a generous bonus to a new hire before they’ve ever made a trade — in 2010, according The Institute for International Finance, an industry advocacy group. Banks often use guaranteed bonuses to lure potential employees and the industry faced “senior staff hiring pressures” in 2010, the report found.

Though bonuses may be down overall, total compensation, which includes salaries, benefits and bonuses, is on track to exceed 2010 levels at seven big banks, according to an analysis of compensation data from the first three quarters of 2011 by the Public Accountability Initiative. The December report found that compensation will likely hit a record $156 billion — a 3.7 percent boost from 2010.

But as that compensation is on track to rise, another more ominous metric is going up as well. At least 10,000 more Wall Street workers will likely lose their jobs by the end of 2012, according to an estimate from the New York State comptroller cited by the New York Times.