Posted on Thursday, December 19, 2013 by meganwilson 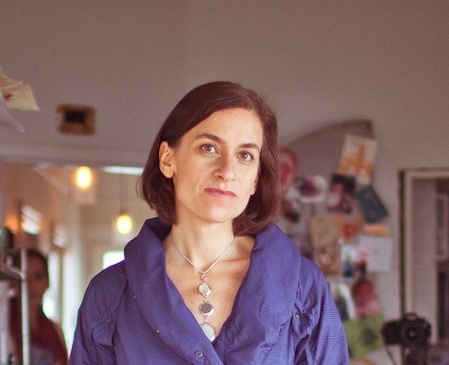 What Tech Hasn’t Learned From Urban Planning by Allison Arieff

Tech companies are scrambling to move into cities — Google will have a larger presence here. VISA and Akamai have ditched the suburbs to come here. Tech tenants now fill 22 percent of all occupied office space in San Francisco — and represented a whopping 61 percent of all office leasing in the city last year. But they might as well have stayed in their suburban corporate settings for all the interacting they do with the outside world. The oft-referred-to “serendipitous encounters” that supposedly drive the engine of innovation tend to happen only with others who work for the same company. Which is weird.   Read more ….

A FEW POINTS TO NOTE ABOUT THIS OP-ED:

1) The piece is an Op-Ed by the author Allison Arieff who works for SPUR, a pro-development, pro-gentrification organization;

2) Arieff devotes a good portion of her op-ed to highlight 5M Project: “a mixed-use project at San Francisco’s 5th and Mission that is determined to be a public asset as much as a private sector one. 5M shows that tech (and non-tech) companies can become an essential part of the urban fabric in a way that satisfies employees and their neighbors. The project houses tech companies (most recently, the mobile payment company, Square, which is moving down the street; their space will be taken over by Yahoo engineers) but also The San Francisco Chronicle. This is a much more outward-facing endeavor: With weekly food trucks at lunchtime, numerous public events hosted by their tenants, which include TechShop, HubSoma (a co-working space/tech incubator), and Intersection for the Arts (a gallery), 5M builds on the vitality of public space and the people who activate it.”

3) 5M Project is Forest City Enterprises, a $9-billion publicly traded corporation that often uses eminent domain to displace residents, including the infamous Atlantic Yards project in Brooklyn (check out one of the trailers for the film “Battle For Brooklyn” about the project here:

5) While Arieff makes some good, valid points regarding the tech sector’s colonization of public space, her op-ed lacks a deeper analysis of the overall impact on the greater community – those who are housing unstable and who are low- and middle- income and how projects such as 5M Project/ Forest City are actually a considerable part of the problem and the colonization of public space, helping to displace longtime residents – especially communities of color and immigrant populations and strongly contributing to the gentrification of San Francisco.

6) In addition to the South of Market neighborhood Forest City is also working to gentrify the Bayview / Hunter’s Point neighborhood through the same tactics that Afieff outlines here – by appearing to be a part of the community and investing in it, when in fact the ultimate goal is pure profit for the corporation’s stock holders.