Message to President Obama: #Occupy Wall Street IS NOT YOUR CAMPAIGN 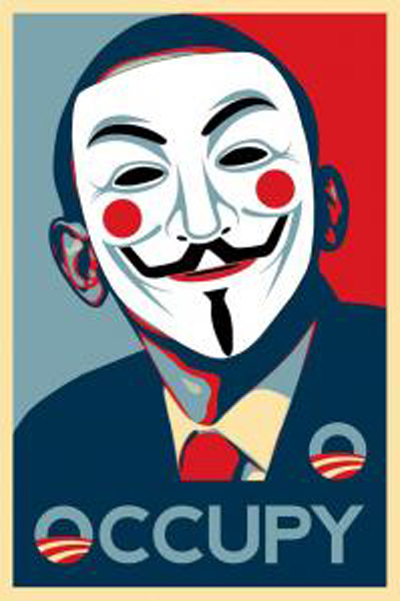 However, please remember this IS NOT YOUR CAMPAIGN. We currently see you as part of the problem, not the solution.

David Axelrod tells ABC’s “This Week” that the American people “want a financial system that works on the level. They want to get a fair shake.”

He appeared Sunday, a day after scores of demonstrators protesting corporate business practices were arrested in New York’s Times Square in a confrontation with police.

Axelrod faulted Republicans who have been pushing in Congress to soften or repeal the landmark legislation Obama pushed through last year, tightening regulation of business practices.

Axelrod said he doesn’t believe “any American is impressed” when hearing GOP presidential candidates who want to “roll back Wall St. reform.”

Nearly all of the major Republican presidential contenders have weighed in on the Occupy Wall Street movement. Some, such as Herman Cain and Rep. Michele Bachmann (R-Minn.), say protesters should be directing their anger at the Obama administration rather than big banks and corporations.

“Where I am most concerned is we have elected leaders in this town who are frankly joining in the effort to blame others rather than focus on the policies that have brought about the current situation,” he said.

This entry was posted in GOVERNMENT, OCCUPY WALL STREET. Bookmark the permalink.