Posted on Wednesday, August 25, 2010 by meganwilson 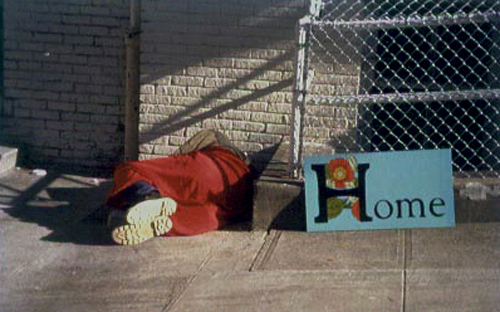 About 3.5 million US residents (about 1% of the population), including 1.35 million children, have been homeless for a significant period of time. Over 37,000 homeless individuals (including 16,000 children) stay in shelters in New York every night. This information was gathered by the Urban Institute, but actual numbers might be higher.

Fox Business estimates, there are 18.9 million vacant homes across the country.

While an array of legal and logistical obstacles present themselves, the math is staggering. It’s time to sort out the regulations and rates that would facilitate the solution: turning empty houses into homes for those in need.

While subprime loans have justly captured much of the ink as the culprit, overdevelopment is a major factor in the dramatic number of vacancies there are today. These are not just the homes of people who took on a mortgage they couldn’t afford; these are newly constructed houses without a buyer on the horizon. It’s not about taking a residence from someone who can’t pay his or her bills and giving it to another person who can’t make payments either, it’s about using resources we have in excess.

I’ve been in real estate development for quite some time, enough to know that regardless of which political party is in charge, the market will follow the same cycle: demand, saturation and then glut. A suburb will start to attract homeowners, developers will react by building new homes in that area, and inevitably the supply will far outpace the demand. I’ve seen it happen time and time again. Usually the cycle ends through absorption, after a lull the homes are eventually sold and the train starts rolling again. However, with the current economic climate, we appear poised to remain in the glut portion of the cycle for an inordinate amount of time.

Houses are unlike most products; they generally don’t depreciate with time and use. A house will not suffer from wear and tear the way a car will. Actually, the opposite is true. An empty residence will quickly go to seed. If you lived in a neighborhood with an abandoned house you’ll know what I mean. Without someone to take care of it, a property will decline steeply. But with someone living in the house…actually taking care of them…well, that’s a far better situation. No one benefits from an empty house.

I’m not advocating giving houses away — such a move would create a host of political and fiscal problems — but government should be working toward a solution to match up the empty homes with those who need a roof to live under.

A homeless population equivalent to the size of Los Angeles is unacceptable, and with over five times as many empty houses, we have not only a moral obligation but also an economic imperative to come up with a creative way to fix this travesty.