Capitalism and Loneliness: Why Pornography Is a Multibillion-Dollar Industry

Posted on Monday, January 16, 2012 by cherylmeeker 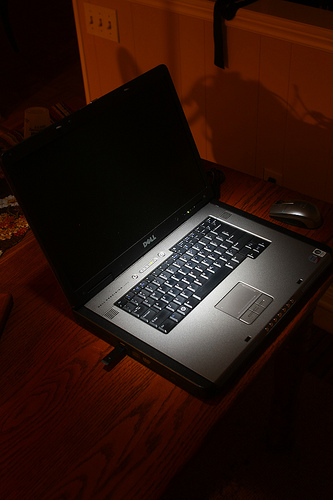 Massive social changes in the US labor force and in commerce have transformed the economy and powerfully affected personal relationships. Since 1970, we have changed from being a society of people connected in groups of every kind to a society of people who are too often disconnected, detached and alienated from one another.

One is the loneliest number, and in their personal lives, Americans are increasingly alone.

What Has Happened to Us?

In the 1970s, the American dream of 150 years duration ground to a halt. From 1820 to 1970, every US generation did better than the one that preceded it. In the 1970s, computers began to replace millions of US jobs. International communication systems became so sophisticated that factories could be moved overseas, allowing the livelihoods of more millions of Americans to be outsourced. Civil rights and feminist gains had given women and minorities access to a depleted job market. Militant left trade union movements or political parties were not there to protest. Wages flattened. Profits rose with productivity and the share distributed to the top rose, rather than being distributed in wages. Wealthy banks issued credit cards with high interest rates that allowed them to make even more money on funds formerly paid out as salaries.

Men were no longer paid a family wage. Families suffered. Women poured into the labor force to make up for lost male wages. Until this point, most women’s work was primarily labor in the home: creating domestic order and cleanliness, performing childcare, and providing social and emotional services for the family. After the 1970s, the majority of women worked outside of the home as well as within it. Now, practically all women work outside the home, currently constituting almost half of the labor force.

Before the movements for racial and gender equality, the best jobs were reserved for white males who were an overwhelming majority. Within our racist and sexist labor force, white men had what ultimately amounted to two wage bonuses: one for being white and another for being male. Beginning in the 1970s, it was no longer necessary to give financial bonuses to white men. Indeed, it was not necessary to pay higher wages to any workers in the US labor force. Workers’ salaries flattened even as they increased their efficiency. This meant that ever more profit was made and accumulated at the top.

American white men lost a good deal of the male hegemony that accompanied steady jobs and wages that could support a family. When millions of manufacturing jobs were outsourced, our economy became a service economy. Neither the greater physical strength nor the higher levels of aggression associated with males are particularly welcome in a service economy. Heterosexual personal relationships that had developed on the basis of a male provider income could not hold. Those gendered roles were sexist and limiting. However, they could have been transformed politically without economically and psychologically traumatizing the American people.