At Least We Still Can Go Broke

Posted on Friday, April 8, 2011 by cherylmeeker 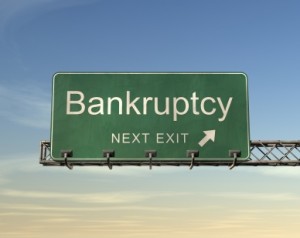 I got a letter today from Alan Grayson. I don’t think he’ll mind me publishing it here since he is running for Congress. But – I think CIO readers will find this fascinating.

Unless you’ve been living in a cave recently – Osama, you can stop reading here – you know that the Republicans have blocked the passage of the appropriations bills that apply to all federal spending between April 8 and September 30, so we are facing a government shutdown.

And as the White House has patiently pointed out, that means no more government-backed mortgages, which now account for 95% of the housing market.

No pay for the troops, who are now embroiled in three wars. They still have to fight. They just won’t be paid for it. Despite the Thirteenth Amendment.

No tax refunds, just one week before taxes are due.

No federal grants for roads, schools, or pretty much anything else.

No new medical research at the National Institutes of Health.

And hundreds of thousands of federal employees added to the unemployment rolls.

But there is one thing that you can still do, if the government shuts down.

You can go broke.

I’m a licensed attorney, and yesterday I received this cheerful reminder from a bankruptcy court to which I’m admitted:

The staff, the bankruptcy court explained, will be paid out of “fee revenue and other sources.” Anyone who wants to petition for bankruptcy will be welcome to do so.

So there it is. When the Republicans shut down the government, health and safety, housing and even transportation are all at risk. But the one thing that you can be sure you can still do is . . . go broke.

Please make a note on your calendar. November 6, 2012. Election Day. That’s when it will be our turn to punish them, the way that they’ve tried to punish all of us.