An Explanation of My Withdrawal from Cal

Posted on Monday, September 19, 2011 by meganwilson 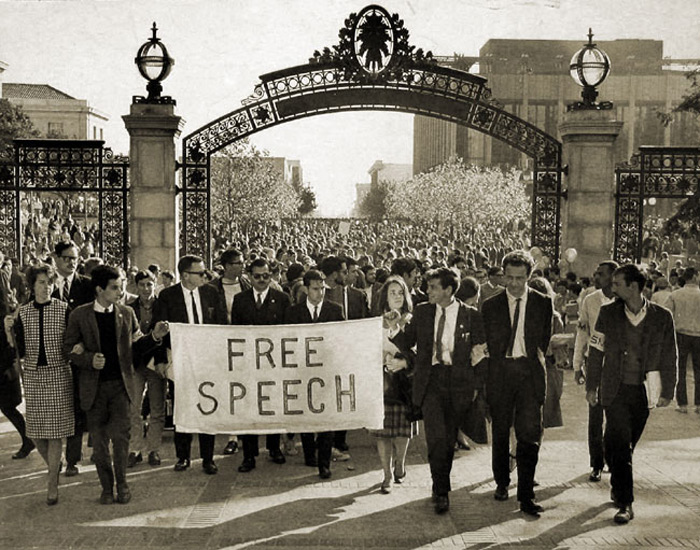 When I received my notification of acceptance from University of California, Berkeley I cried. I called my father and he wept. There was screaming and cheering and days of telling everyone I could about my incredible good fortune. As if I had won the lottery. I mean, really, I’d been accepted into the best public university in the world. Best in the world. Me: a two-time community college drop-out. Me: the girl who drank through her junior year of high school. Me: small-town kid from Washington state who was considered a success because she hadn’t gotten pregnant or addicted to methamphetamines yet. Everyone got a phone call. “Ruby’s going to Berkeley!” There wasn’t a discussion, just working out the details so that I could get down there and start studying. My dad tapped into IRAs and life savings. We filled out all the forms we had to for the financial aid package that would double my debt within a year. It was worth it. It was Cal. I stayed up at night reading about courses I could take, surfing the internet for virtual tours of the campus. Over and over I found myself watching Mario Savio’s infamous December speech on the steps of Sproul Hall. I’d make friends and family watch, too, and explain matter-of-factly, “I’m going to stand on those steps. I’m going to go down there and changing the world.”

Less than two months later my sister and I were driving a van down the I-5 corridor; heading to my new apartment in Oakland and to my incoming student orientation. We were still completely awestruck. When we saw the first exit for Berkeley we both screamed. I could see the Campanile on the hill for the first time in real life. My heart was pounding. “This is it, dude! This is where everything begins.” The opening speech at orientation made me cry all over again.

My sister grabbed my arm and squeezed it tight. “Holy shit,” she silently mouthed to me as the professor told us what incredible human beings we are and how fantastically extraordinary we must be if we were accepted here. This theme was pounded into our heads over and over during the initiation process. “You are so lucky to be here. We could have had anyone and we wanted you.” We were to be grateful for this opportunity and we were to never question the authorities that brought us there.

After the chaos of orientation was over, we decided to walk the three miles from campus to my new apartment. We left the towering white marble buildings and the yuppie-soaked sidewalks of Berkeley and made our way down the hill into Oakland. Ironic coffee shops and bookstores quickly faded out in favor of churches, liquor stores, and barred-up windows. The overwhelmingly white students of UCB disappeared and the majority population turned black. I started to feel sick, all clenched teeth and hard footsteps. “What the fuck, dude? I’m going to a school that the people who actually live here can’t afford to attend. How the hell are Oakland and Berkeley adjacent to each other and absolutely nothing alike? They did that on purpose. That is so fucked up.”

A week later I started my first class. I was taking one class over the summer to get the swing of it and finish up my last admission requirement. It was an English class on the Black Arts Movement taught by an incredible graduate student. We read Amiri Baraka and Ishmael Reed. I fell in love with the honesty of an entire generation of people and the discussions that my professor facilitated were thought provoking and beautiful. The class had eleven other students and it was two hours of bliss, twice a week. This was what I’d come to Berkeley for. Learning about people that wanted to change the world and discussing it with the people who— in the not so distant future—would. I got a 4.0 that term. But I was still boggled by the fact that all my neighbors were black and all my classmates were white.

The fact that even though I could ride my bike to my school, it was still so incredibly out of reach to anyone I spent my off time with. And I began to question why I was paying close to $30,000 of money I didn’t have to support an institution that is not only not helping their community, but actually cutting the benefits of the people that work there. How could I go home and talk to my neighbors, single immigrant parents who worked on the custodial staff at Cal, who weren’t getting a raise this year and were facing not being able to pay their rent. Where the hell was my money going? It wasn’t even my money. It was my debt that I was willingly taking on to support a system that is so profoundly broken. A system that continues to raise tuition and drop standards. While the vital workforce is denied their promised pay increases, a new football stadium is built. While the students drink coffee in the Free Speech Movement Café, no one mentions how nothing that influential has happened at Cal since. I came to this school because I foolishly believed that it practiced the things it preached. I came to this school because I thought that I was giving my time and money to an institution that wanted its students to succeed and genuinely believed in humanity. I came to this school on a forty-year-old premise and a romanticized idea.

When Mario Savio stood on the steps of Sproul on December 2, 1964 he said, “There is a time when the operation of the machine becomes so odious, makes you so sick at heart, that you can’t take part; you can’t even passively take part, and you’ve got to put your bodies upon the gears and upon the wheels, upon the levers, upon all the apparatus, and you’ve got to make it stop.” The students and faculty of Cal all know this, but they do not live it. It’s the big-picture equivalent of standing on a street corner in Nikes, trying to get a petition to close sweatshops signed. Coming in, I knew that universities were corporations cleverly disguised as pinnacles for higher education where great minds would meet and build the future. I naively believed that Berkeley had to be different. Unfortunately, the school has had its reputation so well cemented that it no longer has to provide that difference. In a world where a Bachelor’s Degree is just another box that you are expected to check if you want to “succeed”, the premiere university to earn it at can let thousands of students pass through unnoticed without anyone raising an eyebrow. They can treat their employees badly. They can raise their tuition and fees in tandem with their administrator’s salary. They can put 500 students in a classroom and charge hundreds of dollars for a term’s worth of books. They can turn out a graduating class of privileged white kids that don’t understand a thing about the real world or why they are now part of the problem. I understand that this problem is not unique. I understand that the university system is inherently corrupt. I understand that the country is fundamentally broken. These are all things that I know—that Cal would never teach me, mind you. What I also understand is that being angry is not enough. That no matter how many students turn out to rallies about tuition hikes or talk about how Berkeley ought to take better care of its employees or how wrong it is that minority groups—even when they are in majority—are not presented with the same options and few will go to university we are still supporting it. We still take on the debt or hand over the cash to help this machine perpetuate this type of blatant corruption.

So I had a choice to make. I could go through the next two years and continue to take on tens of thousands of dollars of personal debt to fuel this corrupt machine for a piece of a paper that may or may not do me any good. I could continue to put my life on hold and act as if I’m going to be able to be proud of the place I got my degree. Like I’m going to be able to hang it on a wall and go fight for human rights and social justice and not remember the employees on staff that were taken advantage of right in front of me while I got it. (Maybe even so I could get it.) I could act like the mountain of debt putting a choke-hold on me while I try to enter the professional world is really going to be worth the educational quality. Like there will be anything I got at Cal that I couldn’t get somewhere else for half the price and a quarter of the social injustice. Or I could leave. My parents raised me knowing that you vote with your dollar more often than your ballot. And I positively refuse to continue to support what the University of California system is doing. We’re here again, Mario Savio. It has become so odious that I must throw my body against the gears. It may not stop the machine, but my withdrawal most definitely won’t help it continue forward in this way.