Posted on Thursday, September 23, 2010 by meganwilson 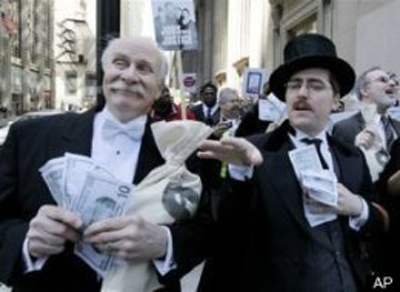 Americans vastly underestimate the degree of wealth inequality in America, and we believe that the distribution should be far more equitable than it actually is, according to a new study.

Or, as the study’s authors put it: “All demographic groups — even those not usually associated with wealth redistribution such as Republicans and the wealthy — desired a more equal distribution of wealth than the status quo.”

The report (pdf) “Building a Better America — One Wealth Quintile At A Time” by Dan Ariely of Duke University and Michael I. Norton of Harvard Business School (hat tip to Paul Kedrosky), shows that across ideological, economic and gender groups, Americans thought the richest 20 percent of our society controlled about 59 percent of the wealth, while the real number is closer to 84 percent.

More interesting than that, the report says, is that the respondents (a randomly selected 5,522-person sample, reflecting the country’s ideological, economic and gender demographics, surveyed in December 2005) believed the top 20 percent should own only 32 percent of the wealth. Respondents with incomes over $100,000 per year had similar answers to those making less than $50,000. (The report has helpful, multi-colored charts.)

As the new Forbes billionaires list, released Wednesday, testifies, the richest Americans are getting richer, even as the country as a whole gets poorer. After 2005 income inequality continued to balloon.

This entry was posted in CAPITALISM, ECONOMY, EDUCATION, GOVERNMENT, POLICY. Bookmark the permalink.