Makana Wears ‘Occupy With Aloha’ Shirt While Playing For Obama, Other World Leaders

Posted on Sunday, November 13, 2011 by meganwilson 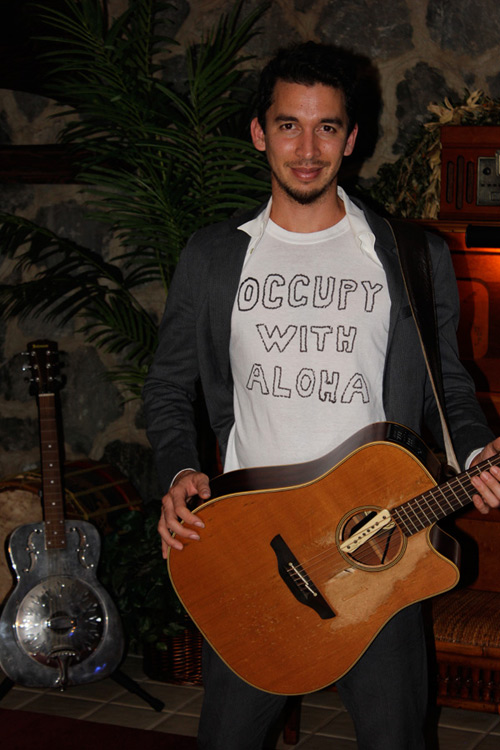 The Asia-Pacific Economic Cooperation (APEC) forum is currently being held in Honolulu, Hawaii, bringing together many of the world’s leaders in both the public and private sectors. Last night, APEC held a gala attended by President Obama and his wife in addition to a number of other world leaders.

Hawaiian guitarist Makana, who had previously played at the White House in 2009, was slated to play at the gala. Rather than play his normal routine, Makana decided to make a statement. He opened his suit jacket to reveal a shirt that read “Occupy Aloha.” He then proceeded to play a protest ballad title “We Are the Many,” wherein he blasted corporate lobbyists and called on Americans to occupy “the streets.” He played this protest song for 45 minutes in a room full of the world’s elite.

He later uploaded a video where he talked about why he did what he did, including some footage of him playing for the world leaders. Watch Makana’s video: