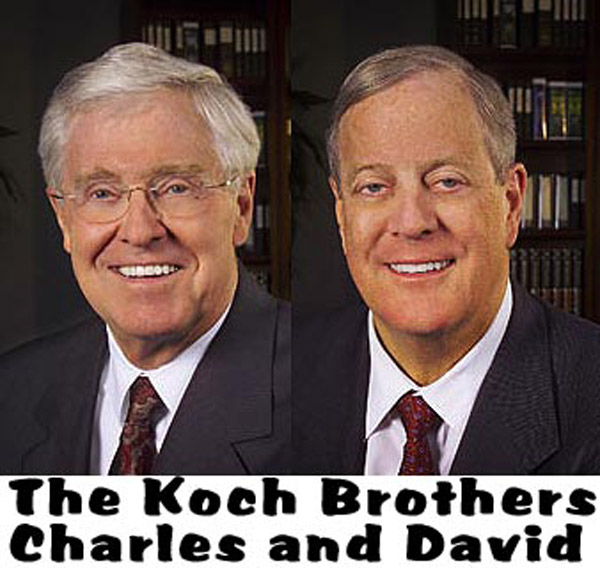 The liberal guerrilla video group Brave New Foundation on Wednesday began what it says will be a prolonged political attack against the industrialist Koch family, which has become synonymous with the anti-Obama conservative movement.

The campaign marks yet another step toward conspicuousness for a family whose political activity was largely in the shadows until last year, when a New Yorker article outlined the support David H. Koch and his brother Charles ave given to various conservative research institutes and groups, including some associated with the Tea Party movement.

The campaign is going right to where the Kochs live, literally. A Brave New Foundation crew filmed outside five of the Kochs’ multimillion-dollar homes: in Manhattan; Southampton, N.Y.; Aspen, Colo; Palm Beach, Fla.; and Wichita, Kan.

In the first video, being released Wednesday night, the crews knock on the doors of all five properties, seeking to question David Koch directly about his policy positions and the environmental record of his company, Koch Industries. At one point, a group of elderly people picnics on the beach in front of David Koch’s Palm Beach mansion to marvel at its size while saying the policies he supports punish the working class.

“We’re putting a face on what the ideology means — what the hyperrich, billionaire ideology means,” said Robert Greenwald, the president and founder of Brave New Foundation, based in Culver City, Calif.

The Koch brothers declined to comment on the campaign through a spokesman.

Mr. Greenwald, a longtime Hollywood producer, said that he hoped to release up to eight “investigative” videos and other shorter ones, and that he had assembled a team of 15 people, including 3 to research the Kochs and their activities full time, and others to film and edit the videos and then to distribute them (the campaign has a Web site, Koch Brothers Exposed, and related Facebook and Twitter pages). 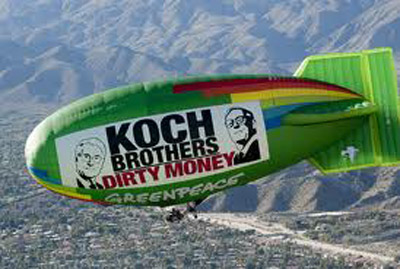 The Kochs have expressed displeasure with the new attention they have received since the New Yorker article was published. Earlier this week, The New York Post reported that a representative for Koch Industries had sent a letter of complaint to the American Society of Magazine Editors, saying the article, by the writer Jane Mayer, should not be considered for the National Magazine Award. And in an interview in March, David Koch told our colleague Michael Cooper that his philanthropic giving — for cancer research; education and the arts — far outpaced his political giving, joking, “I read stuff about me and I say, ‘God, I’m a terrible guy.’ ”

Like many of the Koch-financed groups, Brave New Foundation is formed under a section of the tax code — 501(c)(3) — that allows it to keep its donors secret. Asked if he would disclose their names, Mr. Greenwald said there were 3,000 small-dollar donors, nearly 2,500 of whom are named as producers on the Web site (the rest gave less than $25 and didn’t qualify as producers). He said the list of large donors included Karen Lieberman (who gave $1,500 through the Leif Nissen Foundation), Dan Berger (who gave $25,000), Adelaide Gomer (who gave $25,000), Marlene Share (who gave $3,000), and the television producer Norman Lear (who gave $1,000). Mr. Greenwald said that left one last donor who gave a similar amount but whom he had not had a chance to speak with about going public.

Mr. Greenwald said he had no qualms about dispatching film crews to the Kochs’ homes. “Anybody who gives hundreds of millions of dollars to affect our democracy should take the heat that comes with those efforts to affect policy,” he said.