A week of cognitive dissonance and direct action

Posted on Tuesday, January 24, 2012 by cherylmeeker 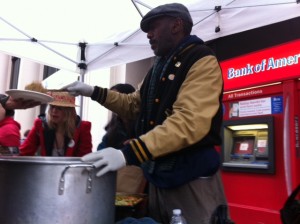 What do we do when the government shockingly proves it already has the power to do one day what we were opposing the prior day? It is more than disquieting to see the government brutally illustrating the fact that the U.S. is a society that simply does not any longer believe in due process. Glenn Greenwald reports on the cognitive dissonance produced by the SOPA/PIPA opposition, victory, and subsequent seizure of Megaupload.

And what does it mean when the only “anti-war, pro-due-process, pro-transparency, anti-Fed, anti-Wall-Street-bailout, anti-Drug-War” advocating presidential candidate is Ron Paul? Greenwald, again, makes the case for avoiding mindless partisanship and for allowing space for a real public debate, in part by countering our “inability and/or refusal to recognize that a political discussion might exist independent of the Red v. Blue Cage Match.” Read Greenwald’s nuanced analysis in “Progressives and the Ron Paul fallacies”.

The answer from OccupySF has been to get down to business, by focusing on the financial district using direct action planned by a diverse horizontal hierarchy of community and affinity groups. OccupySF refused to limit the scope of specific injustices to highlight with a day long schedule of multi-faceted actions that drew global press as reporters and photographers attempted to cover and capture the variety of challenges to financial institutions and the mainstream narrative that were brought to bear publicly on Friday. 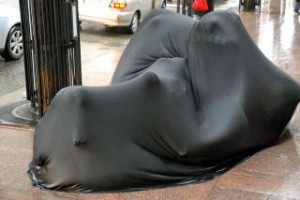 Dialectical-materialist philosopher Slavoj Žižek notes the ironic fact that today the chance to be exploited in a long-term job is now experienced as a privilege. Read his analysis of the Occupy movement and of the signs we are all seeing that the capitalist system is no longer capable of self-regulated stability; as he says, it is a system that is threatening to run out of control.