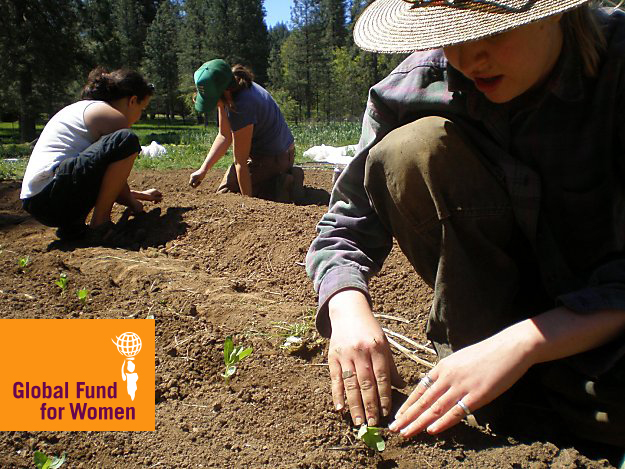 In the countryside of war-torn Mindanao in the southern Philippines, a group of indigenous female farmers have opened their own organic produce store. Even as they try to improve their own health and that of their community, these women face an uphill battle in their campaign to ban harmful aerial pesticides being used by a nearby agricultural plantation. They fear not just petty harassment from the plantation owner; one of their members has been threatened with death.

Yet these women continue to fight for a local economy that ensures sustainable livelihoods for women. As they put it, “economic, environmental and gender justice are intertwined – they are critical to women who are the tillers of farmlands, yet unrecognized for their contribution to agricultural production.”

Across the Pacific Ocean, in Northern California’s Nevada City, life is not quite so grim for two young female farmers who have created Soil Sisters, a collective support group for others like them. Yet they tell a similar story of being invisible leaders: “It’s basically a global issue of women not being in roles of leadership, and this affects everything from ‘family values’ to farming. … We make decisions that value quality of life and long-term sustainability to the environment and human relationships over profit.”

If women were more involved in legislation and policy around farming, community and environmental stewardship might be prioritized over simple profit. This is the challenge that faces the female leaders who have gathered in San Francisco this week for the Asia-Pacific Economic Cooperation regional meeting that is a lead-up to the annual summit in Hawaii in November.

For four days, the APEC Women and the Economy Summit is bringing together some of the world’s most powerful women from business, government and civil society to explore how women can be a more critical force in shaping the direction of this regional trading bloc. Attending are Secretary of State Hillary Clinton, presidential adviser Valerie Jarrett and Facebook’s Sheryl Sandberg.

At last year’s summit in Yokohama, Japan, APEC members committed to taking “concrete steps toward realizing a Free Trade Area of the Asia-Pacific,” and reducing tariffs on all imports, including agricultural products. While the rhetoric of reducing trade barriers sounds good, there are potentially harmful consequences of liberalizing trade, particularly the impact on small farmers.

In the case of the Filipino female farmers, their micro-businesses are threatened by the takeover of communal land for commercial cultivation of agrifuels and the influx of cheap food imports produced on factory farms.

For American female farmers, the reality is, unfortunately, not that different. In 2002, women operated only 5 percent of U.S. commercial farms; by 2007, they controlled 30.2 percent. Yet even with this dramatic shift in farming practice, California female farmers – who, like their Filipina sisters, tend to operate small, environmentally conscious, organic farms – are hardly represented in national or international level agricultural policy.

Women leaders at the APEC women’s summit, can take the lead in redressing the imbalances of economic policies that do not consider women’s central role and contributions. Women account for 70 percent of the world’s population living in poverty – even as they make up 45 percent of the world’s acknowledged workforce, and even more of an invisible and informal economy.

Under Secretary of State Hillary Clinton’s stewardship, the summit offers a rare opportunity to promote women’s leadership in creating just economies: ones in which the voice and wisdom of female farmers, workers and entrepreneurs, from Mindanao to Nevada City, have power and impact.

Anasuya Sengupta is the regional director for Asia and Oceania at the Global Fund for Women.

One Response to Women Help Promote a Just Global Economy