Posted on Tuesday, December 13, 2011 by meganwilson 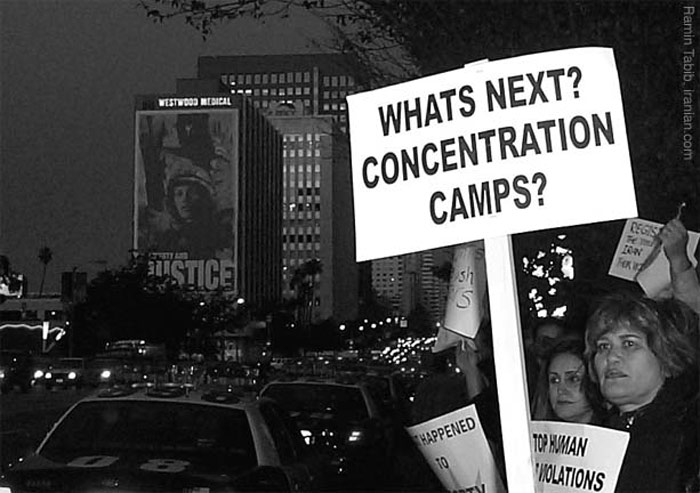 If Obama does one thing for the remainder of his presidency let it be a veto of the National Defense Authorization Act – a law recently passed by the Senate which would place domestic terror investigations and interrogations into the hands of the military and which would open the door for trial-free, indefinite detention of anyone, including American citizens, so long as the government calls them terrorists.

So much for innocent until proven guilty. So much for limited government. What Americans are now facing is quite literally the end of the line. We will either uphold the freedoms baked into our Constitutional Republic, or we will scrap the entire project in the name of security as we wage, endlessly, this futile, costly, and ultimately self-defeating War on Terror.

Over at Wired, Spencer Ackerman gives us the long and short of things:

There are still changes swirling around the Senate, but this looks like the basic shape of the 2012 National Defense Authorization Act. Someone the government says is “a member of, or part of, al-Qaida or an associated force” can be held in military custody “without trial until the end of the hostilities authorized by the Authorization for Use of Military Force.” Those hostilities are currently scheduled toend the Wednesday after never. The move would shut down criminal trials for terror suspects.

But far more dramatically, the detention mandate to use indefinite military detention in terrorism cases isn’t limited to foreigners. It’s confusing, because two different sections of the bill seem to contradict each other, but in the judgment of the University of Texas’ Robert Chesney — a nonpartisan authority on military detention — “U.S. citizens are included in the grant of detention authority.”

An amendment that would limit military detentions to people captured overseas failed on Thursday afternoon. The Senate soundly defeated a measure to strip out all the detention provisions on Tuesday.

So despite the Sixth Amendment’s guarantee of a right to trial, the Senate bill would let the government lock up any citizen it swears is a terrorist, without the burden of proving its case to an independent judge, and for the lifespan of an amorphous war that conceivably will never end. And because the Senate is using the bill that authorizes funding for the military as its vehicle for this dramatic constitutional claim, it’s pretty likely to pass.

I seriously don’t care if you’re a liberal or a conservative or a libertarian or a Zen anarchist. So long as you aren’t Carl Levin or John McCain, the bill’s architects, you can join the Civil Liberties Caucus. Spencer writes:

Weirder still, the bill’s chief architect, Sen. Carl Levin (D-Mich.), tried to persuade skeptics that the bill wasn’t so bad. His pitch? “The requirement to detain a person in military custody under this section does not extend to citizens of the United States,” he said on the Senate floor on Monday. The bill would just letthe government detain a citizen in military custody, not force it to do that. Reassured yet?

This is what I mean: Give me Rand Paul and Al Franken any day of the week over the Levins and McCains of the Senate. We need more elected officials with the sensibility of Ron Wyden or Al Franken* on the left, or Rand Paul on the right. Right and left are such shoddy, ad hoc descriptors these days anyways.

What’s truly at stake when we start talking about Big Government and such is far more dangerous and preposterous than high marginal tax rates.

What’s the line from Batman? The night is always darkest just before the dawn. I like to think that’s true, because times seem awfully dark these days.

* Update: Actually, Franken voted for the NDAA so never mind. He’s also sponsoring the PROTECT IP Act which would clamp down on free speech online.