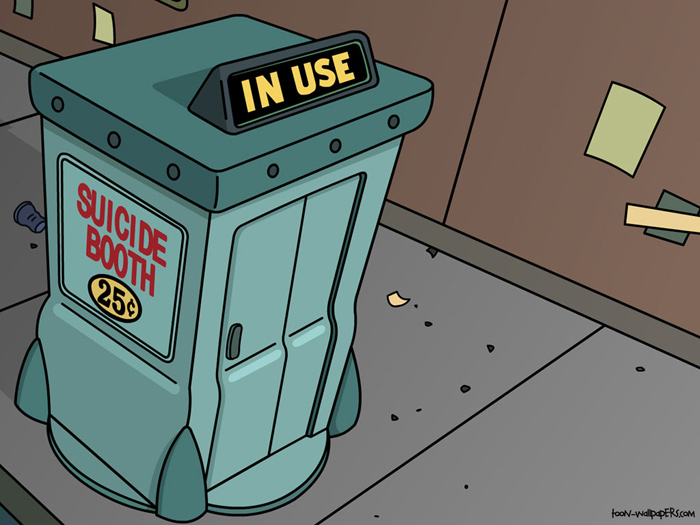 CIO!: One Solution to these suicides and to the worsening U.S. economy is for the federal government to Forgive All Student Loan Debt! Rather than continuing to throw (away) money at Wall Street, the U.S. government should help Main Street to see real results.

In July of 2008, Barbara Ehrenreich wrote a piece entitled, “Suicide Spreads as One Solution to the Debt Crisis.”  The article touched upon the housing crash, and  Ehrenreich highlighted several cases in which people took their lives when they knew they were losing their homes.

Ehrenreich discusses shoot-outs in the past, but these incidents often entailed groups of men barricading themselves in their homes and fighting it out with the cops. In recent history, however, people have been turning the barrel of the gun towards themselves. “Suicide,” Ehrenreich explains, “is becoming an increasingly popular response to debt.”

We need to have a national discussion about student loan debtors who have taken their lives. I already know of three individuals who, in part, committed suicide in response to owing student loans; they felt there was no way out.

A few weeks ago, and on the same day, I learned about two individuals who committed suicide. One told a connection of mine that her niece recently took her life after she had received a bank statement that detailed the amount of student loan debt she owed. While the reasons for why people commit suicide are complex, and there is not one cause for carrying out such an act, it is important to understand and discuss it on a sociologically level. On the same day that I learned of these two suicides, I spoke to a woman in L.A. who told me, “I am at the end of my rope.” She too was suicidal. We talked for nearly two hours, and I brought up Ehrenreich’s work.

“It’s not irrational to make this decision,” I said. “Many people make the wrong assumption that it is. That’s false.”

She agreed, and said, “it’s not irrational. It’s a logical conclusion.” Before we got off the phone, she assured me that she wasn’t there . . . yet . . . but she understands why people make the decision.

That said, I do not condone the decision, even though I understand why people are driven to do it.

Having learned about these recent suicides, I am now concerned that more people are taking their lives and not turning to outlets such as the National Suicide Prevent Lifeline, AEM, etc., etc. for help. It is one thing to express suicidal ideations – many of us have done that – but it is another to outline a plan and carry through with it. Rest assured, when people express suicidal thoughts, I take that very seriously. But I am now wondering how many student loan debtors have gone through with it.

Interestingly, more of you would probably be dead if you didn’t have co-signers. It’s almost as if the student lenders devised this entangled, financial relationship with a family member or friend to use it as ransom. Now that’s sick. I can’t begin to tell you how many times someone has said, “If it weren’t for my [insert family member’s name here], I would have been dead long ago. But I can’t leave them with the responsibility of paying my debt.”

I know that things are worsening, that many of you are homeless, working as escorts, etc. But your life has a tremendous amount of meaning, and we need you here – with us – to fight back.

We also must overcome our shame about the subject of suicide, and openly discuss it. Individuals who are suicidal, or who have committed suicide, are not crazy.

I have tremendous sympathy for people who are struggling  in this way, or who have taken their lives and left loved ones behind, but Ehrenreich makes a good point, stating:

Dry your eyes, already: Death is an effective remedy for debt, along with anything else that may be bothering you too. And try to think of it too from a lofty, corner-office, perspective: If you can’t pay your debts or afford to play your role as a consumer, and if, in addition — like an ever-rising number of Americans — you’re no longer needed at the workplace, then there’s no further point to your existence. I’m not saying that the creditors, the bankers and the mortgage companies actually want you dead, but in a culture where one’s credit rating is routinely held up as a three-digit measure of personal self-worth, the correct response to insoluble debt is in fact, “Just shoot me!”

We have a dark sense of humor when it comes to discussing suicide. It’s not nearly as dark an attitude as the Koreans have. For instance, kids used to take their little fingers and drag them across their necks like a little knife, and make a ‘scccccccrrrrch‘ sound, when they did poorly on vocab quizzes). But this black humor is part of our weapon against an untimely, unnecessary death. We need to be honest about it, while keeping it at a safe distance. Those who have already exited the world don’t have that privilege, nor do the loved ones they left behind.