State Of The Ocean: ‘Shocking’ Report Warns Of Mass Extinction From Current Rate Of Marine Distress 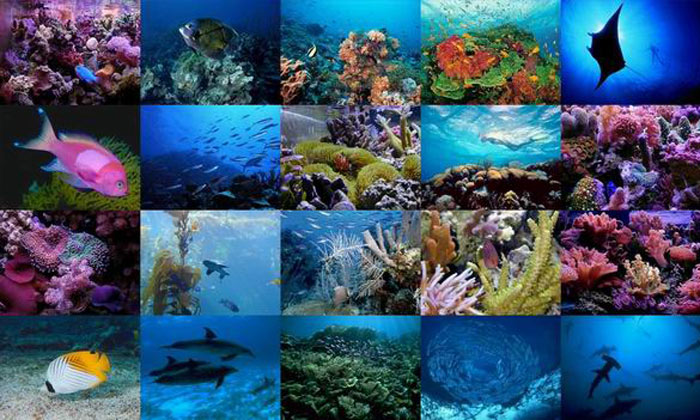 If the current actions contributing to a multifaceted degradation of the world’s oceans aren’t curbed, a mass extinction unlike anything human history has ever seen is coming, an expert panel of scientists warns in an alarming new report.

The preliminary report from the International Programme on the State of the Ocean (IPSO) is the result of the first-ever interdisciplinary international workshop examining the combined impact of all of the stressors currently affecting the oceans, including pollution, warming, acidification, overfishing and hypoxia.

“The findings are shocking,” Dr. Alex Rogers, IPSO’s scientific director, said in a statement released by the group. “This is a very serious situation demanding unequivocal action at every level. We are looking at consequences for humankind that will impact in our lifetime, and worse, our children’s and generations beyond that.”

The scientific panel concluded that degeneration in the oceans is happening much faster than has been predicted, and that the combination of factors currently distressing the marine environment is contributing to the precise conditions that have been associated with all major extinctions in the Earth’s history.

According to the report, three major factors have been present in the handful of mass extinctions that have occurred in the past: an increase of both hypoxia (low oxygen) and anoxia (lack of oxygen that creates “dead zones”) in the oceans, warming and acidification. The panel warns that the combination of these factors will inevitably cause a mass marine extinction if swift action isn’t taken to improve conditions.

The report is the latest of several published in recent months examining the dire conditions of the oceans. A recent World Resources Institute report suggests that all coral reefs could be gone by 2050 if no action is taken to protect them, while a study published earlier this year in BioScience declares oysters as “functionally extinct”, their populations decimated by over-harvesting and disease. Just last week scientists forecasted that this year’s Gulf “dead zone” will be the largest in history due to increased runoff from the Mississippi River dragging in high levels of nitrates and phosphates from fertilizers.

A recent study in the journal Nature, meanwhile, suggests that not only will the next mass extinction be man-made, but that it could already be underway. Unless humans make significant changes to their behavior, that is.

The IPSO report calls for such changes, recommending actions in key areas: immediate reduction of CO2 emissions, coordinated efforts to restore marine ecosystems, and universal implementation of the precautionary principle so “activities proceed only if they are shown not to harm the ocean singly or in combination with other activities.” The panel also calls for the UN to swiftly introduce an “effective governance of the High Seas.”

“The challenges for the future of the ocean are vast, but unlike previous generations we know what now needs to happen,” Dan Laffoley of the International Union for Conservation of Nature and Natural Resources (IUCN) and co-author of the report said in a press release for the new report. “The time to protect the blue heart of our planet is now, today and urgent.”