read: ‘Sleepwalking to Extinction’: Capitalism and the Destruction of Life and Earth

Posted on Thursday, November 21, 2013 by cherylmeeker

This recent Adbusters article makes the case that we are at the most crucial point in human history… and that we we need a paradigm shift. And guess what we have to shift away from: capitalism. And this piece really makes a good start at challenging every reformist plan in the works… including the failed COP negotiations. It is time to power down. 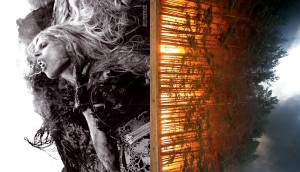 “If there’s no market mechanism to stop plundering the planet then, again, what alternative is there but to impose an emergency contraction on resource consumption?

This doesn’t mean we would have to de-industrialize and go back to riding horses and living in log cabins. But it does mean that we would have to abandon the “consumer economy” — shut down all kinds of unnecessary, wasteful and polluting industries from junkfood to cruise ships, disposable Pampers to disposable H&M clothes, disposable IKEA furniture, endless new model cars, phones, electronic games, the lot. Plus all the banking, advertising, junk mail, most retail, etc. We would have completely redesign production to replace “fast junk food” with healthy, nutritious, fresh “slow food,” replace “fast fashion” with “slow fashion,” bring back mending, alterations and local tailors and shoe repairmen. We would have to completely redesign production of appliances, electronics, housewares, furniture and so on to be as durable and long-lived as possible. Bring back appliance repairmen and such. We would have to abolish the throwaway disposables industries, the packaging and plastic bag industrial complex, bring back refillable bottles and the like. We would have to design and build housing to last for centuries, to be as energy efficient as possible, to be reconfigurable, and shareable. We would have to vastly expand public transportation to curb vehicle use but also build those we do need to last and be shareable like Zipcar or Paris’ municipally-owned “Autolib” shared electric cars.”

Read the rest of the article here.

And – what would need to happen first, is for everyone to understand that they would have a way to make a living before this power down occurs. That way, we could move forward doing what is necessary to keep life on the planet alive for future generations instead of keeping profits alive for corporations while heading off the cliff. Leave it to artists to come up with a plan that might just work.

German-born artist named Enno Schmidt is one of the generators of Switzerland’s proposal to pay people for being alive. With the vast numbers who are thrown out of the labor market by increasing productivity (produced by the workers… by the way…) and the corporations and 1% holding onto the virtual cash that has been produced  by workers over the last century, those entities unwilling to invest in real employment, a real solution has to be developed. Read about the referendum in Switzerland that will pay people for just being alive. And think about how we could begin to change our system … to stop all production that uploads carbon into the atmosphere… with this as a start.