Posted on Monday, September 5, 2011 by meganwilson 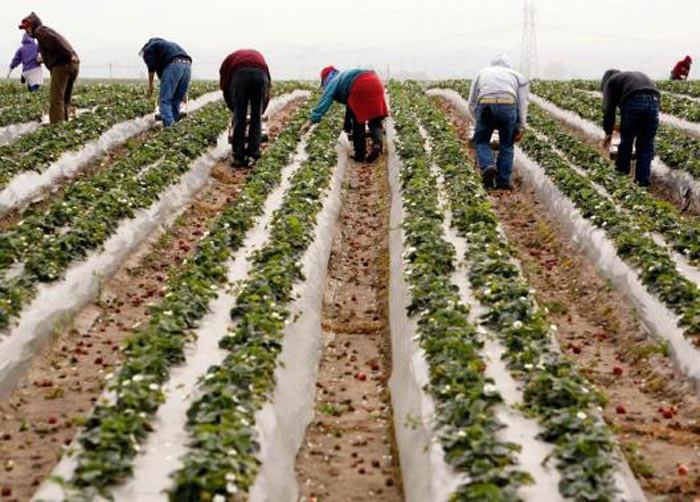 Policy makers are scrambling to do anything to put people to work … including slave labor (under the guise of “job training”). However, rather than addressing the real issues and solutions – the need for rigorous regulation of corporations, closing the gap on income disparity, and higher taxes for the rich – they’re continuing to propose plans that will lead to more of the same  … and ultimately a violent revolution.

WASHINGTON — When Steve Clark of St. Louis, Mo., lost his IT job in 2009, he intuitively knew that as someone older than 60, he’d have a tough time getting back to work. So he scrambled, compiling all of his professional contacts, drafting 13 different versions of his resume and meeting with anyone he could.

A former client who owned an IT consulting business told Clark he could have hired him before the economy went sour, but not now. Still, Clark pushed ahead.

“I knew his business because I’d been selling to him for 20 years,” Clark said. “I said, ‘I can come in and work in your office. I can answer the phone, I can dispatch your technicians. I’ll do it for free just because I want an office to go to, a place to work out of.’ ”

Clark said the former client set him up with a desk and a phone. Clark got to work, and within three months, he said, he’d made himself so useful that he got hired in August, 2009. Now Clark, 62, is making a third of what he used to, but he’s grateful to have a job.

“In a couple years, everything will be in place and I’ll retire,” he said.

To confront the growing problem of long-term unemployment, the Obama administration may seek to put Clark’s strategy into practice on a national scale. The White House has signaled that it may replicate a program in Georgia that allows businesses to train jobless workers for two months without having to pay them.

The program, called Georgia Works, is only open to workers receiving unemployment insurance benefits. Businesses have no obligation to hire participating workers, and the arrangement is voluntary for both parties. Its proponents say it lets workers get their foot in the door and that it reduces businesses’ hiring risks. Labor advocates are howling that Georgia Works exploits workers and violates federal labor laws, and they argue that it shouldn’t be tangled up with unemployment insurance dollars. (It could be that the White House is interested in Georgia Works, which is popular with Republicans, as part of a bargain that includes a re-authorization of federal extended benefits, which are set to expire in January.)

But there is urgent need for an innovative solution to the problem of long-term joblessness. In 2007, there were 228,000 people unemployed for 99 weeks or longer, according to the Bureau of Labor Statistics. Now there are more than 2 million who’ve passed the 99 week milestone, which is the cutoff point for unemployment insurance in the hardest-hit states. The longer a person is out of work, the less likely he or she is to find a new job.

Georgia Works isn’t the only way state innovators are trying to break the cycle. A unique public-private partnership in Connecticut, for example, targets people who have already exhausted 99 weeks of unemployment benefits without finding work.

“I recognize that businesses don’t need to look at people who’ve been out of work two years because there’s a rich, rich field of people who haven’t been out of work that long,” said Joe Carbone, president of The Workplace, Inc., the company implementing the Connecticut initiative. “Unfortunately these folks are the sacrificial lambs of the Great Recession.”

The brand new program, called Platform to Employment, puts workers through a four-week training period followed by an eight-week tryout at a participating business. During the tryouts, the workers’ wages are paid by The Workplace, which raised enough funds to support 100 jobs starting this fall. In December, Carbone’s team will evaluate the program’s success.

“We’re giving a lot of advantage to business, but we’re also giving our candidates sort of an eight-week interview,” Carbone said. “It gets their foot in the door.”

Yet another strategy would use public dollars to subsidize wages. Early in 2010, Sen. Al Franken (D-Minn.) pushed legislation that would have revived a wage-subsidy program that he said put 7,400 people to work within six months of its launch during the recession of the early 1980s. The plan, known as the Minnesota Emergency Employment Development (MEED) program, lasted from 1983 to 1987. A new version, called Strengthening Our Economy Through Employment and Development (SEED), would have used leftover bailout dollars to subsidize up to 50 percent of a workers’ wages for up to 12 months.

“MEED was an incredibly effective program and created thousands of jobs in Minnesota, which is why I thought it had enormous potential to do the same on the national level and why I introduced the SEED Act in Congress,” Franken said in a statement to HuffPost. “I still think that SEED is a great model, but whether it’s this particular plan or another, my top priority is clear — we need to create jobs and get people back to work.”

Instead of adopting Franken’s proposal to subsidize wages, Congress enacted the Hiring Incentives to Restore Employment Act, which gave businesses $13 billion worth of tax credits for hiring unemployed workers. The measure has not been evaluated.

In Mississippi, Republican Gov. Haley Barbour revived a program this summer called Subsidized Transitional Employment Program and Services, which in its first incarnation was funded with stimulus dollars from a new emergency fund attached to the Temporary Assistance for Needy Families program (formerly known as welfare). Congress let the fund die in 2010, snuffing some 240,000 subsidized jobs, according to the liberal-leaning Center on Budget and Policy Priorities.

According to the Mississippi Department of Employment Security, the new version of the initiative, known as Subsidized Transition Employment Program and Services (STEPS 2), will be funded with left-over stimulus dollars and will last from August to December. It initially covers 100 percent of an employees wages, gradually reducing the subsidy for every 160 hours worked.

“Mississippi STEPS 2 is unique in that it is a program specifically designed to benefit both the employee and employer,” Gov. Barbour said in a statement. “We saw tremendous results with our original program, which created more than 1,800 permanent, private-sector jobs. I fully expect the STEPS 2 program to provide much-needed support to small businesses by enabling them to hire new workers, thus enhancing the economic engines of our local communities.”

A Department of Employment Security spokeswoman said 80 companies have signed up for the program, and that 450 workers were expected to enroll.

Of course, the best possible solution to long-term unemployment would be a stronger economy — but that option appears to be off the table for a while. Last week, the White House said it expected the unemployment rate will not come down to 6 percent until 2016.