Obama’s Bogus Explanation For Troubles: Too Much Regulation

Posted on Tuesday, January 18, 2011 by meganwilson 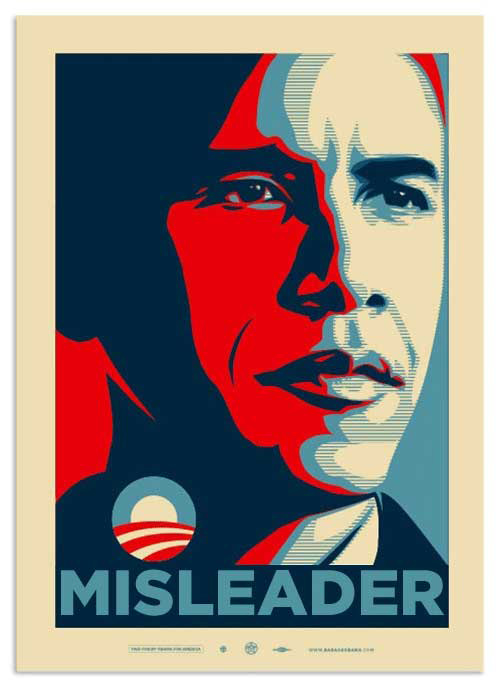 Now he has done it again, throwing a bone to financial lobbyists and their brethren in other industries while burying truth. Unable to point to real gains in fixing the economy, Obama instead engages in the time-honored tradition of the troubled chieftain: rewriting history, and thereby seeking votes at the expense of the public good.

Two years after inheriting the worst economic disaster since the Great Depression, President Barack Obama has settled on an unhelpful new explanation for his failure to restore jobs: A surplus of suffocating regulations.

In an op-ed published in Tuesday’s Wall Street Journal, the president decries how regulations have sometimes “gotten out of balance, placing unreasonable burdens on business — burdens that have stifled innovation and have had a chilling effect on growth and jobs.”

In the crudest sense, this is probably wise politics. Pandering to businesses in possession of campaign cash reinforces the advantages of Obama’s incumbency in the run-up to next year’s presidential election. By brazenly stealing a long-established Republican talking point — how geeky Washington bureaucrats are squeezing the life out of American businesses — Obama is speaking to the core distrust of government that prevails in many homes. He is also following through on his pledge to get along better with big business, following his recent summit with prominent chief executives at the White House. 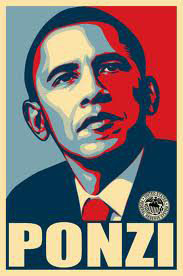 But as a message fed into the policy process, one that helps shape the tone of public discourse, Obama’s words are nothing short of a public disservice. Having failed to marshal an economic program sufficiently muscular to restore vigor to a still-lean economy, the president will not even talk straight about how we got here, instead adding confusion to the narrative that will surely embolden industries hoping to write rules in their favor.

It wasn’t too many regulations that trashed the economy. It was not enough rules — a deficit that owes in large part to the efforts of many of the people Obama has leaned on in putting together his economic policies.

Robert Rubin, who helped Obama during his transition and remains a conspicuous influence at his Treasury Department, persuaded President Bill Clinton to roll back regulations on derivatives, the complex investments at the center of the financial crisis of 2008. Rubin’s protégé, Larry Summers — who recently left the White House, where he oversaw Obama’s economic policy — aided in that effort. Summers and Rubin both played key roles in dismantling the Depression-era walls between Wall Street trading and ordinary banking. These policies enabled a gambling mentality to capture Wall Street, perverting and rerouting the flows of money that are crucial to a healthy real economy.

A host of banking regulators allowed lenders to pump excessive amounts of speculative capital into mortgage markets and complicated derivatives trades while setting aside little in reserve. When crisis struck — as it inevitably does in any market-oriented economy — it was huge enough to take down the real economy.

This is how we got here, to a time of elevated unemployment in which millions of Americans feel anxious about their abilities to hang on to their homes, put food on their tables, finance their health care and send their children to college. In its simplest sense, the Great Recession was the fruit of a gross act of regulatory abdication.

This is something President Obama knows well. Nearly two years ago, during his stirring inaugural speech, he included this crucial line: “This crisis has reminded us that without a watchful eye, the market can spin out of control.”

To be fair, in his op-ed in the Journal, the president echoes that talk, placing blame for the financial crisis on inadequate regulations. “A lack of proper oversight and transparency nearly led to the collapse of the financial markets and a full-scale Depression,” he writes. But that line, true and necessary as it may be, comes as a brief qualifier in a piece that effectively reprimands bureaucrats for impinging on national prosperity.

This is of more than symbolic import. Here is the president, blaming too many rules for economic malaise just as federal agencies are tasked with writing the granular-level language that will implement new laws — not least, the landmark Dodd-Frank package of financial-system reforms.

After a bruising fight in Congress, the resulting law may well be too riddled with gaps to prevent the next financial crisis. The real action has shifted to the agency level, where an army of financial-industry lobbyists will be seeking to massage every sentence of proposed code to maintain the status quo — one in which Wall Street has been able to gamble and harvest the winnings while sticking the losses on taxpayers and working people. This is the moment in which the president has chosen to opine, warning that regulations are sapping the economy of vitality.

This heaps fresh risk on one of the few areas in which the president can actually claim victory: he and his team helped stave off a full-scale meltdown in the financial system. This is something the administration has been quick to remind us of as it has bristled in the face of criticism that it has accomplished little for homeowners threatened with foreclosure or jobless people eager for work. This achievement is clearly significant, and yet nowhere near enough. And now it is imperiled by the president’s new fable: How regulation killed American jobs. The regulators tasked with writing rules to minimize risk of the next crisis have been cast as props in Obama’s new performance designed to ingratiate himself with checkbook-wielding chiefs of finance.

Unfortunately, this is not the first time Obama has opted for a misleading storyline in pursuit of new allies. A few weeks ago, grasping for a way to prove his sincerity on the goal of cutting the federal budget deficit, he announced pay cuts for federal bureaucrats. This, too, was a brazen bit of pandering, because federal salaries barely amount to a rounding error compared to the items that are a real drain on federal funds — the military, social security, Medicare. (And never mind that the president soon cut a deal with Republicans that added $900 billion to the deficit to extend tax cuts for wealthy Americans.)

The result of this stagecraft was to reinforce the misleading notion, advanced chiefly by Republicans, that government spending is to blame for the nation’s troubles. And that simply made it harder to do what is ultimately required to put a good-sized dent in our troubles: spend more money now, on the right things — large-scale infrastructure projects to put people back to work; and research to help enable fresh innovation that can nurture new businesses and industries that will produce paychecks. In short, invest in generating economic growth now to produce the funds needed to pay down the debt later.

Instead, Obama opted for short-term political expediency — look tough on the deficit by blaming fat bureaucrats — while amplifying the wrong-headed idea that reckless government spending is the problem.

Now he has done it again, throwing a bone to financial lobbyists and their brethren in other industries while burying truth. Unable to point to real gains in fixing the economy, Obama instead engages in the time-honored tradition of the troubled chieftain: rewriting history, and thereby seeking votes at the expense of the public good.

This entry was posted in CAPITALISM, DEMOCRACY, ECONOMY, GOVERNMENT, POLICY. Bookmark the permalink.