Mass psychosis in the US 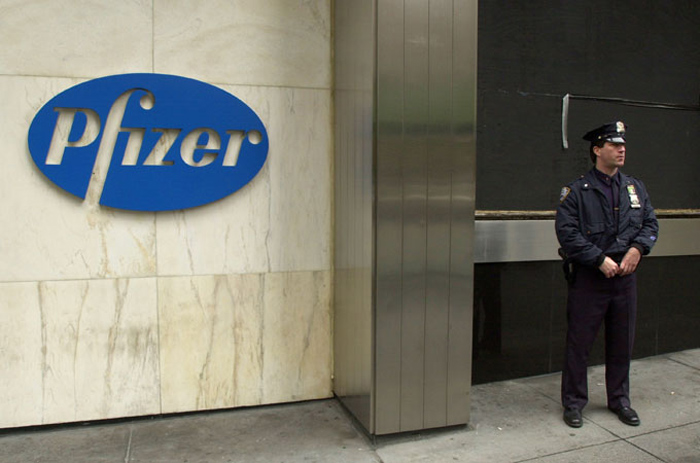 How Big Pharma got Americans hooked on anti-psychotic drugs.

Has America become a nation of psychotics? You would certainly think so, based on the explosion in the use of antipsychotic medications. In 2008, with over $14 billion in sales, antipsychotics became the single top-selling therapeutic class of prescription drugs in the United States, surpassing drugs used to treat high cholesterol and acid reflux.

Once upon a time, antipsychotics were reserved for a relatively small number of patients with hard-core psychiatric diagnoses – primarily schizophrenia and bipolar disorder – to treat such symptoms as delusions, hallucinations, or formal thought disorder. Today, it seems, everyone is taking antipsychotics. Parents are told that their unruly kids are in fact bipolar, and in need of anti-psychotics, while old people with dementia are dosed, in large numbers, with drugs once reserved largely for schizophrenics. Americans with symptoms ranging from chronic depression to anxiety to insomnia are now being prescribed anti-psychotics at rates that seem to indicate a national mass psychosis.

It is anything but a coincidence that the explosion in antipsychotic use coincides with the pharmaceutical industry’s development of a new class of medications known as “atypical antipsychotics.” Beginning with Zyprexa, Risperdal, and Seroquel in the 1990s, followed by Abilify in the early 2000s, these drugs were touted as being more effective than older antipsychotics like Haldol and Thorazine. More importantly, they lacked the most noxious side effects of the older drugs – in particular, the tremors and other motor control problems.

The atypical anti-psychotics were the bright new stars in the pharmaceutical industry’s roster of psychotropic drugs – costly, patented medications that made people feel and behave better without any shaking or drooling. Sales grew steadily, until by 2009 Seroquel and Abilify numbered fifth and sixth in annual drug sales, and prescriptions written for the top three atypical antipsychotics totaled more than 20 million.  Suddenly, antipsychotics weren’t just for psychotics any more.

Not just for psychotics anymore

By now, just about everyone knows how the drug industry works to influence the minds of American doctors, plying them with gifts, junkets, ego-tripping awards, and research funding in exchange for endorsing or prescribing the latest and most lucrative drugs. “Psychiatrists are particularly targeted by Big Pharma because psychiatric diagnoses are very subjective,” says Dr. Adriane Fugh-Berman, whose PharmedOut project tracks the industry’s influence on American medicine, and who last month hosted a conference on the subject at Georgetown. A shrink can’t give you a blood test or an MRI to figure out precisely what’s wrong with you. So it’s often a case of diagnosis by prescription. (If you feel better after you take an anti-depressant, it’s assumed that you were depressed.) As the researchers in one study of the drug industry’s influence put it, “the lack of biological tests for mental disorders renders psychiatry especially vulnerable to industry influence.” For this reason, they argue, it’s particularly important that the guidelines for diagnosing and treating mental illness be compiled “on the basis of an objective review of the scientific evidence” – and not on whether the doctors writing them got a big grant from Merck or own stock in AstraZeneca.

Marcia Angell, former editor of the New England Journal of Medicine and a leading critic of the Big Pharma, puts it more bluntly: “Psychiatrists are in the pocket of industry.” Angell has pointed out that most of the Diagnostic and Statistical Manual of Mental Disorders (DSM), the bible of mental health clinicians, have ties to the drug industry. Likewise, a 2009 study showed that 18 out of 20 of the shrinks who wrote the American Psychiatric Association’s most recent clinical guidelines for treating depression, bipolar disorders, and schizophrenia had financial ties to drug companies.

In a recent article in The New York Review of Books, Angell deconstructs what she calls an apparent “raging epidemic of mental illness” among Americans. The use of psychoactive drugs—including both antidepressants and antipsychotics—has exploded, and if the new drugs are so effective, Angell points out, we should “expect the prevalence of mental illness to be declining, not rising.” Instead, “the tally of those who are so disabled by mental disorders that they qualify for Supplemental Security Income (SSI) or Social Security Disability Insurance (SSDI) increased nearly two and a half times between 1987 and 2007 – from one in 184 Americans to one in seventy-six. For children, the rise is even more startling – a thirty-five-fold increase in the same two decades. Mental illness is now the leading cause of disability in children.” Under the tutelage of Big Pharma, we are “simply expanding the criteria for mental illness so that nearly everyone has one.” Fugh-Berman agrees: In the age of aggressive drug marketing, she says, “Psychiatric diagnoses have expanded to include many perfectly normal people.”

What’s especially troubling about the over-prescription of the new antipsychotics is its prevalence among the very young and the very old – vulnerable groups who often do not make their own choices when it comes to what medications they take. Investigations into antipsychotic use suggests that their purpose, in these cases, may be to subdue and tranquilize rather than to treat any genuine psychosis.

Carl Elliott reports in Mother Jones magazine: “Once bipolar disorder could be treated with atypicals, rates of diagnoses rose dramatically, especially in children. According to a recent Columbia University study, the number of children and adolescents treated for bipolar disorder rose 40-fold between 1994 and 2003.” And according to another study, “one in five children who visited a psychiatrist came away with a prescription for an antipsychotic drug.”

A remarkable series published in the Palm Beach Post in May true revealed that the state of  Florida’s juvenile justice department has literally been pouring these drugs into juvenile facilities, “routinely” doling them out “for reasons that never were approved by federal regulators.” The numbers are staggering: “In 2007, for example, the Department of Juvenile Justice bought more than twice as much Seroquel as ibuprofen. Overall, in 24 months, the department bought 326,081 tablets of Seroquel, Abilify, Risperdal and other antipsychotic drugs for use in state-operated jails and homes for children…That’s enough to hand out 446 pills a day, seven days a week, for two years in a row, to kids in jails and programs that can hold no more than 2,300 boys and girls on a given day.” Further, the paper discovered that “One in three of the psychiatrists who have contracted with the state Department of Juvenile Justice in the past five years has taken speaker fees or gifts from companies that make antipsychotic medications.”

In addition to expanding the diagnoses of serious mental illness, drug companies have encouraged doctors to prescribe atypical anti-psychotics for a host of off-label uses. In one particularly notorious episode, the drugmaker Eli Lilly pushed Zyprexa on the caregivers of old people with Alzheimer’s and other forms of dementia, as well as agitation, anxiety, and insomnia. In selling to nursing home doctors, sales reps reportedly used the slogan “five at five”—meaning that five milligrams of Zyprexa at 5 pm would sedate their more difficult charges. The practice persisted even after FDA had warned Lilly that the drug was not approved for such uses, and that it could lead to obesity and even diabetes in elderly patients.

In a video interview conducted in 2006, Sharham Ahari, who sold Zyprexa for two years at the beginning of the decade, described to me how the sales people would wangle the doctors into prescribing it. At the time, he recalled, his doctor clients were giving him a lot of grief over patients who were “flipping out” over the weight gain associated with the drug, along with the diabetes. “We were instructed to downplay side effects and focus on the efficacy of drug…to recommend the patient drink a glass a water before taking a pill before the  meal and then after the meal in hopes the stomach would expand” and provide an easy way out of this obstacle to increased sales. When docs complained, he recalled, “I told them, ‘Our drug is state of the art. What’s more important? You want them to get better or do you want them to stay the same–a thin psychotic patient or a fat stable patient.'”

For the drug companies, Shahrman says, the decision to continue pushing the drug despite side effects is matter of cost benefit analysis: Whether you will make more money by continuing to market the drug for off-label use, and perhaps defending against lawsuits, than you would otherwise. In the case of Zyprexa, in January 2009, Lilly settled a lawsuit brought by with the US Justice Department, agreeing to pay $1.4 billion, including “a criminal fine of $515 million, the largest ever in a health care case, and the largest criminal fine for an individual corporation ever imposed in a United States criminal prosecution of any kind,”the Department of Justice said in announcing the settlement.” But Lilly’s sale of Zyprexa in that year alone were over $1.8 billion.

As it turns out, the atypical antipsychotics may not even be the best choice for people with genuine, undisputed psychosis.

A growing number of health professionals have come to think these drugs are not really as effective as older, less expensive medicines which they have replaced, that they themselves produce side effects that cause other sorts of diseases such as diabetes and plunge the patient deeper into the gloomy world of serious mental disorder. Along with stories of success comes reports of people turned into virtual zombies.

Elliott reports in Mother Jones: “After another large analysis in The Lancet found that most atypicals actually performed worse than older drugs, two senior British psychiatrists penned a damning editorial that ran in the same issue. Dr. Peter Tyrer, the editor of the British Journal of Psychiatry, and Dr. Tim Kendall of the Royal College of Psychiatrists wrote: “The spurious invention of the atypicals can now be regarded as invention only, cleverly manipulated by the drug industry for marketing purposes and only now being exposed.”

Bottom line: Stop Big Pharma and the parasitic shrink community from wantonly pushing these pills across the population.

James Ridgeway writes for The Guardian newspaper, and is the senior Washington correspondent for Mother Jones magazine.

This entry was posted in CAPITALISM, EVIL CORPORATIONS, GREED, Health. Bookmark the permalink.