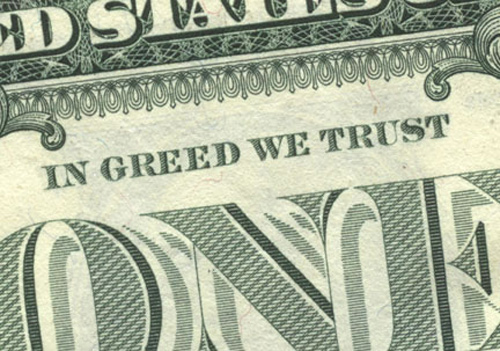 Early Friday morning, Obama announced a significant shift for the White House economic team: the war against Wall Street greed has lost a major player, and corporate America has gained an advocate.

General Electric CEO Jeffrey Immelt will be the new head of a Council on Jobs and Competitiveness. This panel will replace Obama’s Economic Recovery Advisory Board, formerly headed by Paul Volcker.

The two men have significantly different backgrounds. Immelt is a lifelong Republican and, as Bloomberg put it, “a corporate heavyweight who can help burnish Obama’s pro-business credentials.”

Volcker, a Democrat, was the creator of the eponymous rule in last year’s financial regulation bill which was designed to limit banks’ ability to use taxpayer-backed funds to make investments on their own behalf. In John Cassidy’s excellent New Yorker profile, he describes Volcker’s tenure in the White House as “a campaign to curb greed and speculation on Wall Street.”

This news follows the appointment of Gene Sperling as the new top White House economic adviser and William Daley, a top JP Morgan executive, as the new White House chief of staff. Sperling, while he has never worked full-time in the financial sector, made millions on Wall Street in an advisory capacity even as the economy tanked. Daley, for his part, opposed Obama’s consumer protection agency.

In a statement, Obama said that Immelt’s mission will be to help boost up the private sector to speed up economic growth and promote competition.

“As we enter a new phase in our recovery, I have asked the new council to focus its work on finding new ways to encourage the private sector to hire and invest in American competitiveness,” the President wrote.

The Washington Post characterized this move as a shift towards a focus on job creation and economic improvement:

“The council’s new leadership and mission reflects the administration’s shift from trying to halt the recession to broader efforts to improve the U.S. economy and create jobs.”

In an Op-Ed in today’s Post, Immelt outlined some of his goals. The piece is short on details but focusses in on three areas: manufacturing and export, free trade, and innovation. He writes:

“My hope is that the council will be a sounding board for ideas and a catalyst for action on jobs and competitiveness. It will include small and large businesses, labor, economists and government.”

In Peter Baker’s lengthy NYT feature looking at the frustration brewing inside the Obama administration’s efforts to fix the economy, Baker notes: “[Obama] surely knows that if he cannot figure out in the next two years how to create jobs, he may lose his own.” Now, he is changing the players.

“The path from crisis to anemic recovery was marked by turmoil inside the White House. The economic team fractured repeatedly over philosophy (should jobs or deficits take priority?) and personality (who got to attend which meetings?), resulting in feuds that ultimately helped break it apart. The process felt like a treadmill, as one former official put it, with proposals sometimes debated for months before decisions were reached. The word commonly used by those involved is “dysfunctional,” and in recent months, most of the initial team has left or made plans to leave, including Larry Summers, Christina Romer, Peter Orszag, Rahm Emanuel and Paul Volcker.

With Geithner as its anchor, a new economic team is being built around Bill Clinton-era figures like William Daley, Gene Sperling and Jack Lew, a group assembled to joust with Republicans instead of one another. Rather than responding to crises or putting into motion grand macroeconomic theories, they will focus on pushing the recovery into higher gear while at the same time figuring out how to reduce the deficit — two goals that some see as incompatible in the short term. And along the way, they need to convince Americans that the president is focused on jobs, jobs, jobs.”

This entry was posted in CAPITALISM, ECONOMY, GOVERNMENT, POLICY. Bookmark the permalink.