Posted on Wednesday, September 7, 2011 by meganwilson 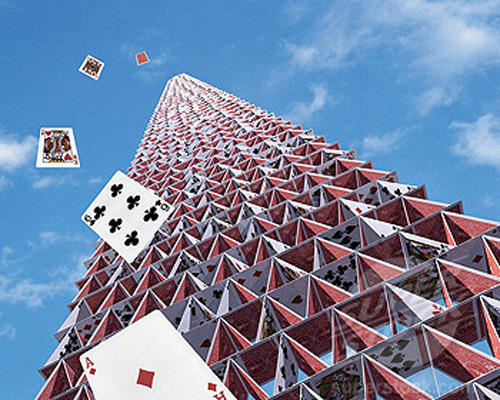 Remember the collapse of Lehman Brothers? Europeans certainly do.

As Europe struggles to contain its government debt crisis, the greatest fear is that one of the Continent’s major banks may fail, setting off a financial panic like the one sparked by Lehman’s bankruptcy in September 2008.

European policy makers, determined to avoid such a catastrophe, are prepared to use hundreds of billions of euros of bailout money to prevent any major bank from failing.

But questions continue to mount about the ability of Europe’s banks to ride out the crisis, as some are having a harder time securing loans needed for daily operations.

American financial institutions, seeking to inoculate themselves from the growing risks, are increasingly wary of making new short-term loans in some cases and are pulling back from doing business with their European counterparts — moves that could exacerbate the funding problems of European banks.

Similar withdrawals, on a much larger scale, forced Lehman into bankruptcy, as banks, hedge funds and others took steps to shield their own interests even though it helped set in motion the broader market crisis.

Turmoil in Europe could quickly spread across the Atlantic because of the intertwined nature of the global financial system. In addition, it could further damage the already struggling economies elsewhere.

“This crisis has the potential to be a lot worse than Lehman Brothers,” said George Soros, the hedge fund investor, citing the lack of an authoritative pan-European body to handle a banking crisis of this severity. “That is why the problem is so serious. You need a crisis to create the political will for Europe to create such an authority, but there is still no understanding as to what the authority will do.”

The growing nervousness was reflected in financial markets Tuesday, with stocks in the United States and Europe falling 1 percent and European bank stocks falling 5 percent or more after steep drops in recent weeks.

European bank shares are now at their lowest point since March 2009, when the global banking system was still shaky following Lehman’s collapse.

Investors also continued to seek the safety of United States Treasury bonds, as yields on 10-year bonds briefly touched 1.90 percent, the lowest ever, before closing at 1.98 percent.

Adding to the anxiety, several immediate challenges face European officials as they try to calm markets worried about the debt crisis spreading.

In the coming weeks, the 17 countries of the euro currency zone each could agree to a July deal brokered to bail out Greece again and possibly the region’s ailing banks. Along with getting unanimity, more immediate obstacles could trip up the agreement.

On Wednesday, Germany’s top court upheld the legality of Berlin’s rescue packages, but said any future bailouts for debt-stricken euro zone countries must be approved by a parliamentary panel. On Thursday, officials in Finland are to express their conditions for approving the deal, and other countries may follow with their own demands to ensure their loans will be paid back.

Though they have not succeeded in calming the markets, European leaders have taken a series of steps to avert a Lehman-like failure. New credit lines have been opened by the European Central Bank for institutions that need funds, while the proposed Greek bailout would provide loans to countries that need to recapitalize their banks. In addition, the central bank has been buying up bonds from Italy and Spain, among other countries, to keep interest rates from spiking. Many of these have been bought from European banks, effectively allowing them to shed troubled assets for cash.

While the problems in smaller countries like Greece and Ireland are not new, in recent weeks the concerns have spread to banking giants in countries like Germany and France that are crucial to the functioning of the global financial system and are closely linked with their American counterparts. What is more, worries have surfaced about the outlook for Italy, whose debt dwarfs that of other smaller troubled borrowers like Greece.

“It seems like the banking sector globally is being hurt on multiple fronts,” said Philip Finch, a bank strategist with UBS in London. “It’s definitely getting worse.”

In Europe, the worry is that government bonds owned by European banks could fall sharply in value if economically distressed countries cannot pay back their loans. That would saddle the most exposed banks with huge losses.

As a result, banks are reluctant to lend money to one another and are hoarding cash. “If sentiment continues to deteriorate, ultimately we’ll see a deposit run,” Mr. Finch said. “I’m extremely worried about that.”

Mr. Finch said European banks needed to raise at least 150 billion euros in new capital, even if they do not experience large losses on sovereign debt. With stock prices so low, though, that is difficult to do, and any new offerings of company stock would dilute the value of existing shares.

American money market funds, long a reliable financing source for capital starved European banks, have sharply cut back on their exposure — starting in Spain and Italy but now also France — making it harder for European banks to loan dollars.

The 10 biggest money market funds in the United States cut their exposure to European banks by a further 9 percent in July, or $30 billion, after a reduction of 20 percent in June, the Institute of International Finance said in a report issued Monday.

“U.S. investors remain very sensitive to the headlines out of Europe,” said Alex Roever, who tracks short-term credit markets for JPMorgan Chase. “The sell-off that we’ve seen in European bank stocks is going to reinforce that and investors are likely to stay hyper-cautious. European banks are not borrowing as much, and they’re not borrowing for as long as they could three months ago.”

Nevertheless, American institutions remain vulnerable to problems their French counterparts might encounter. At the end of the second quarter, JPMorgan Chase reported total cross-border exposure of $49 billion to France, while Citigroup had $44 billion and Bank of America had $20 billion.

French banks, which have huge holdings of sovereign debt from countries across Europe, have been among the hardest hit, despite the French government’s efforts to protect them. The authorities imposed a temporary ban on short-selling last month after shares in Société Générale, a bank considered too big to fail, tumbled on rumors it may be insolvent.

But shares of Société Générale are still sliding amid concern that it, like BNP Paribas and other major French banks, is having trouble raising dollars to finance its American and other dollar-based operations.

Société Générale officials say that the market’s fears are unfounded. The bank’s chief executive, Frédéric Oudéa, has described rumors that Société Générale was having trouble raising money as “fantasy.” The shares closed down 6 percent Tuesday at 18.93 euros. Three months ago the shares were at 40.

What is more, French banks, like other European banks, are able to obtain financing from the European Central Bank if necessary.

Meanwhile, problems in Spain were highlighted on Tuesday when one of Spain’s largest savings banks, Caja de Ahorros del Mediterráneo, reported a startling increase in bad loans to 19 percent of overall lending from 9 percent at the end of last year.

Still, the huge stockpile of euros that banks have stashed away at the European Central Bank  at rock-bottom interest rates —  last night it hit a recent high of 166 billion euros  — suggests that no bank is close to a Lehman-like failure.

The risk now is that Europe’s resistance to recapitalizing its banks could turn into a broader crisis.

Daniel Gros, director of the Center for European Policy Studies in Brussels,  had a blunt explanation of why European governments have so far refused to recapitalize their banks.

“They don’t have the money and they are in the pockets of their bankers,” Mr. Gros said.

Policy makers in the United States and Britain, where compulsory infusions of new capital played a crucial role in calming the markets in 2008, have long urged Europe to do the same.